Activist Nargis Saddat alleged that she was beaten by the Taliban during a protest on Saturday led by women's rights activists. 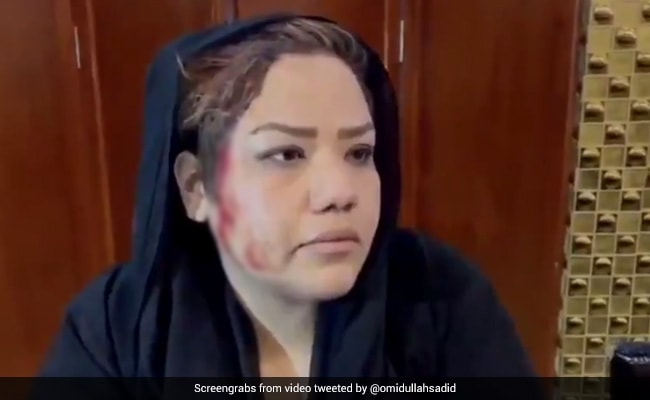 Tolo News reported the Taliban prevented the protesters from marching towards presidential palace.

A woman activist who participated in a protest in Kabul seeking political rights under Taliban rule was seen in a video with a head injury, blood streaming down her face.

Activist Nargis Saddat alleged that she was beaten by the Taliban during a protest on Saturday led by women's rights activists. Tolo News reported that the Taliban prevented the marchers from continuing towards the presidential palace and lobbed tear gas on them.

Women activists and the protesters said they wanted to protest in front of the gate of the Presidential Palace (ARG), but members of the Islamic Emirate of Afghanistan did not allow them to, reported The Khaama Press News Agency.

According to video clips shared on social media by journalists and other people, the Taliban used tear gas to disperse the all-women protest after they failed to do so after gunshots.

As per the eyewitnesses, the Taliban opened gunshots to disperse the women and asked the journalists to leave the scene, reported The Khaama Press News Agency.

Saturday's protest was the fourth all-women protest held in Afghanistan since the Taliban takeover. Earlier protests were held in western Herat province and in the Afghan capital respectively.