In virtual talks this week with the US Congress, an Afghan delegation said it appealed for quick action on aircraft maintenance and munitions supplies as President Joe Biden prepares to end America's longest-ever war by the end of next month. 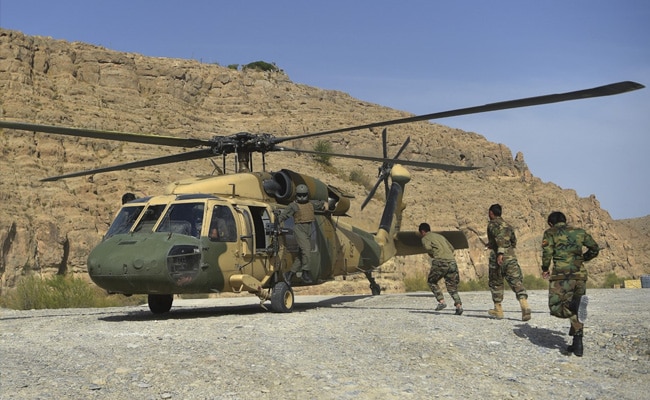 Afghan lawmakers on Friday voiced alarm that their air force was depleted in the face of a Taliban offensive, as they asked the United States to finalize assistance ahead of a troop withdrawal.

In virtual talks this week with the US Congress, an Afghan delegation said it appealed for quick action on aircraft maintenance and munitions supplies as President Joe Biden prepares to end America's longest-ever war by the end of next month.

Biden raised the issue during a phone conversation with his Afghan counterpart Ashraf Ghani on Friday, the White House said in a statement.

The US president affirmed his country's continued military support of Kabul, with spending for Afghanistan prioritized in the 2022 defense budget, currently under negotiation in Congress.

"The security situation is really getting terrible," said senior Afghan MP Haji Ajmal Rahmani, referring to a Taliban offensive during the virtual talks.

Rahmani said one-third of the 150-strong fleet was already grounded due to maintenance issues.

He said the Afghans had also run out of laser-guided munitions, as the United States and NATO allies had handled 80 to 90 percent of the armaments and did not leave a supply during hasty pullouts of air assets.

Laser-guided munitions are critical to pinpointing targets and minimizing civilian casualties, he said.

"The feedback was that it will take some more time because they have to make the orders and it will take time to produce and ship to Afghanistan," he told a roundtable of the State Department Correspondents' Association.

"They are talking of around one year, more or less, until it will reach Afghanistan. This is something very much needed at this critical time."

Mir Haider Afzaly, chairman of the parliamentary defense committee, said planes were grounded due to a lack of spare parts, Covid-19 concerns that kept away US technicians and the aging of the fleet.

He said the air force was conducting 70 to 80 flights a day, "not just targeting the Taliban and terrorists but playing a vital role" in supplying areas cut off by land after insurgents gain ground.

The United States has not yet delivered promised Black Hawk helicopters that could help upgrade the air force, Afzaly added.

A statement from the White House said the 2022 defense request to Congress included $3.3 billion in military aid for Afghanistan.

Of this, $1 billion is intended for supporting Afghanistan's air force and other missions, and included three newly refurbished Blackhawk helicopters that the White House said have already been delivered to Kabul.

Another $1 billion is intended for the purchase and delivery of key supplies, such as fuel, ammunition and spare parts, while $700 million will go towards Afghan soldiers' salaries.

Washington has invested more than $8 billion in developing Afghanistan's air force, which was virtually non-existent when the 2001 invasion toppled the Taliban after the September 11 attacks.

The Pentagon confirmed Thursday the United States in recent days has again used airpower to support Afghan forces against the Taliban, amid fears the insurgents will make rapid gains or even take over after US troops leave.

Biden argues the United States can accomplish nothing further militarily after two decades and long ago achieved its goal of eliminating the threat in Afghanistan of Al Qaeda extremists.