Sisira Mendis said he recognised the threat himself and due to its seriousness he had alerted the chief of police. 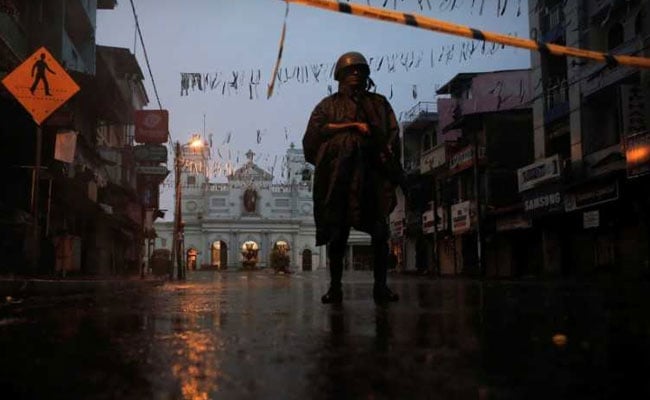 More than 250 people were killed in the Sri Lanka suicide bomb attacks.

A parliamentary select committee was appointed to probe the events leading to the April 21 attacks and any lapses by those responsible following reports that India had alerted the Sri Lankan defence establishment on the impending attacks.

"It was never a main point for discussion," Mendis told the committee.

More than 250 people were killed in coordinated suicide bomb attacks carried out by the local Jihadi group National Thowheed Jammath (NTJ) which is linked to the ISIS. Mendis said the defence establishment was focusing on possible ISIS links in the country since 2016.

He said by April 4, the deputy inspector general and chief of state intelligence service Nilantha Jayawardena had received the information on the attacks. The threat was not discussed despite the presence of Jayawardena at the coordination meeting.

Mendis said he recognised the threat himself and due to its seriousness he had alerted the chief of police.

"On behalf of the secretary to the ministry of defence, I sent a letter to the inspector genera of police on this threat. I marked the letter as "eyes only" which is to indicate its importance," he said.

Police chief Pujith Jayasundera was sent on compulsory leave by President Maithripala Sirisena for alleged responsibility to the failure to prevent the attack. Jayasundera Wednesday filed a fundamental rights petition in the Supreme Court against his "unfair sacking".

The parliamentary probe was boycotted by Sirisena's Freedom Party members and parliamentarians of the leader of the opposition Mahinda Rajapaksa.

Wickremesinghe despite taking responsibility to the government's inability to prevent the attacks claimed that he had been excluded from the National Security Council (NSC) meetings since October last year.

Mendis told the probe the NSC had last met on February 19 before the Easter Sunday attacks but the intelligence coordination committee had been meeting to discuss all national security matters.