The bandage was visible in state media images when Kim appeared at a Korean People's Army event from July 24 to 27, according to NK News site and the Chosun Ilbo newspaper. 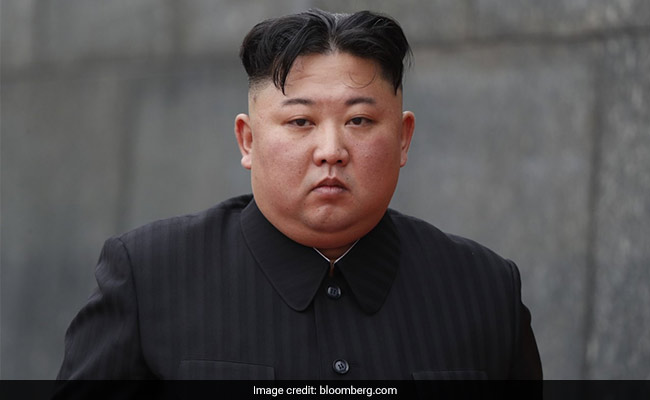 Kim Jong Un keeps his hair shaved below the level of his temple.

North Korea's Kim Jong Un has appeared in recent days with a bandage about the size of a few postage stamps on the back of his head, in the latest episode to stoke speculation about the reclusive leader's health.

The bandage was visible in state media images when Kim appeared at a Korean People's Army event from July 24 to 27, according to NK News site and the Chosun Ilbo newspaper. There were also images at events in late July in which the bandage was gone and a dark greenish spot was visible, they said, citing a review of North Korean state media.

While the leader's health is one of the mostly closely guarded secrets in North Korea, it has allowed rare glimpses into the 37-year-old leader's condition as he tries to revive the economy and battles food shortages. State propaganda for decades has portrayed the supreme leaders as being so people-focused that they risk their own well-being.

Mysterious spot and bandage appear on back of Kim Jong Un's head https://t.co/IaRCEzzyTRpic.twitter.com/jd2Ppz7jdX

In June, state media cited a citizen as saying North Koreans broke down in tears over seeing a dramatically thinner Kim, who returned to the public eye cutting a much thinner figure after being absent for most of May.

Kim keeps his hair shaved below the level of his temple, making it difficult to hide any blemishes on the back of his head. By releasing the images to the outside world, North Korea provided fodder for spy agencies looking for clues on Kim's health.

South Korea's National Intelligence Service believes there have been no unusual signs regarding Kim's health, the Yonhap News Agency reported Tuesday. It cited lawmakers who had been briefed by the spy agency, which added the patch was removed after a few days and there was no scar.

NK News, a specialty service focusing on the country, said there was no mark on the back of Kim's head in photos released by state media when he attended a July 11 event with musicians, adding the leader likely spent time after that at a beachfront mansion in Wonsan.

After a prolonged absence last year that raised concern about the stability of his regime, Kim emerged for a May Day 2020 event at a fertilizer factory with marks on his wrists that fueled speculation he may have had a medical procedure. 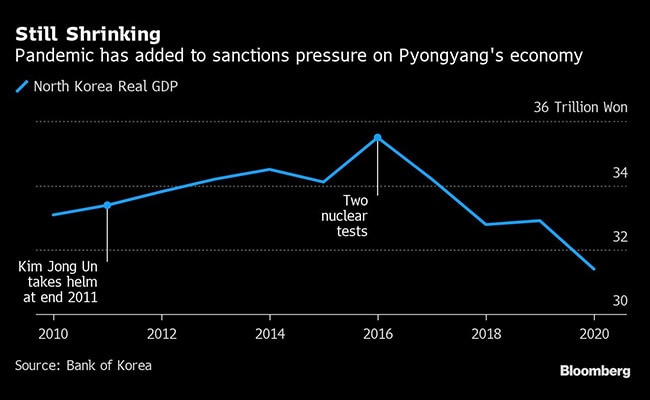 Kim -- overweight and a smoker -- has been the subject of health speculation for years. His longest absence from the public eye was six weeks in 2014. When he did reappear, he was walking with a cane, raising speculation he could be suffering from gout.

His grandfather and state founder Kim Il Sung had an almost tennis ball-sized growth on the back of his neck, which was caught in photographs on international trips over the years. His propaganda machine made sure it was never shown to his public.

Kim Jong Un is facing one of the most difficult periods of his rule that started in late 2011. The economy in 2020 posted its sharpest drop in more than two decades due to the coronavirus, natural disasters and international sanctions, according to South Korean central bank data released last week. Gross domestic product was smaller last year than when Kim took over, it said.

North Korea is demanding permission to export minerals as well as import refined oil and other essentials as prerequisites for reviving dialogue with the U.S., South Korean spy agency officials told lawmakers, according to Yonhap. Some of those essentials included fine liquor and suits, they said.

Pyongyang's recent warning against upcoming joint U.S.-South Korea military drills shows it's willing to take some corresponding measure if the exercises are halted, the spy agency said. Kim Jong Un's sister cautioned this week the drills could jeopardize talks with Seoul, a move that reinforced worries North Korea might use South Korean President Moon Jae-in's desire for dialogue to try to force him to break with the U.S.

The North Korean leader in recent months has issued rare warnings of economic struggles and food shortages but so far has shown no indication he's willing to return to discussions on reducing his nuclear arsenal in return for economic incentives.