A Woman Was Hospitalised With A Gun Shot. The Shooter? Puppy Named Molly.

Tina Springer, 44, was riding in a car with Brent Parks, 79, and his excitable yellow Labrador, Molly, when they pulled to a stop to let a train pass, KFOR reported. 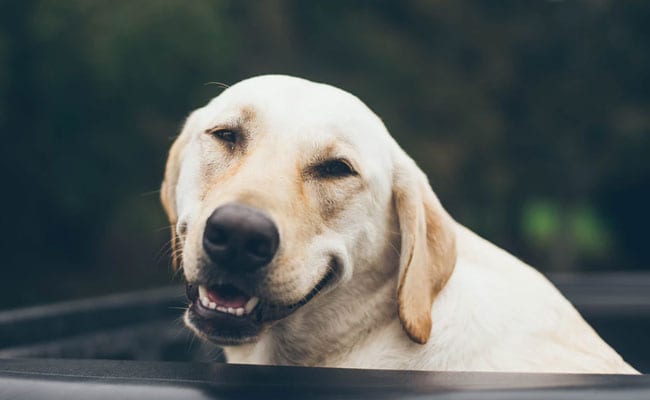 Springer was taken to a hospital and received treatment, and was expected to recover. (Representational)

Police in Enid, Oklahoma, got an unusual call on Thursday: a woman had been shot in the leg - by a puppy.

Tina Springer, 44, was riding in a car with Brent Parks, 79, and his excitable yellow Labrador, Molly, when they pulled to a stop to let a train pass, KFOR reported.

Also traveling in the car: a loaded .22-caliber handgun, kept in the front seat's center console.

As the train passed, 7-month-old Molly apparently became spooked and jumped onto the console, causing the gun to fire, police said. According to 911 calls obtained by local media, Parks told emergency responders that Springer had been accidentally shot by the dog.

An officer who responded to the emergency found three shell casings and a burn mark under the center console consistent with Parks' story, according to a police report obtained by The Washington Post. The report noted that Parks' and Springer's stories matched up and that officers did not suspect foul play.

"This is the first time I've ever heard of a dog shooting a person," Sgt. Robert Norton of the Enid police department told KOCO. "That's important whenever you're transporting firearms, to make sure especially that they're in a secure location."

In the 911 recordings, Parks can be heard telling the operator that Springer was "bleeding pretty bad."

"She shot herself?" The operator asked.

"We had a dog in here, and he stepped on the gun."

Parks was able to create a makeshift tourniquet from a seat belt after a 911 operator walked him through the process. Springer was taken to a hospital and received treatment, and was expected to recover.

As for Molly, she's back home with her owner and will be kept away from trains.