A Spanish Quest To Hand Down Prehistoric Secrets 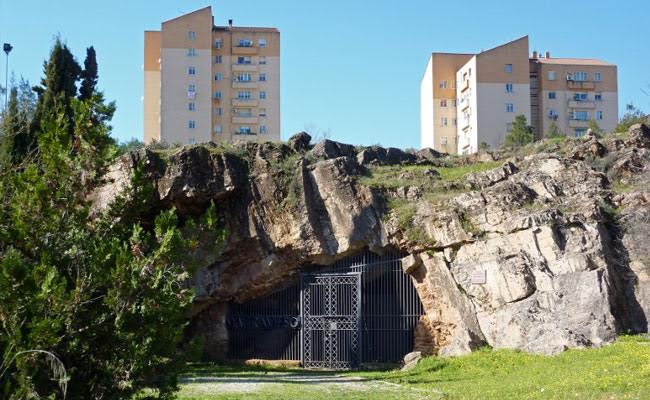 The hand paintings in Maltravieso Cave are being analysed for historic revelations. (AFP)

Caceres, Spain: It's dark and surprisingly warm in a cave in western Spain that hides our most intimate connection to the prehistoric past -- hand silhouettes painted tens of thousands of years ago.

Archeologist Hipolito Collado and his team had not entered the Maltravieso Cave in the city of Caceres for close to a year to avoid damaging the 57 faded hands that adorn the walls, precious remnants of a far-flung piece of history we know little about.

Why did our ancestors or distant relatives paint hands in caves? Was it merely to make their mark, or part of a ritual to commune with spirits?

Do they tell us anything about the role of women during the Paleolithic era that ended some 10,000 years ago? And why are some fingers missing?

In a bid to unlock some of these mysteries, Collado, head of archeology for the government of the Extremadura region where Caceres is located, has set out to catalogue all of Europe's prehistoric painted hands.

Crouching under low hanging rocks or abseiling down crags, he and other archeologists have been going from cave to cave, taking scans and high-resolution photos of all the hands they encounter. 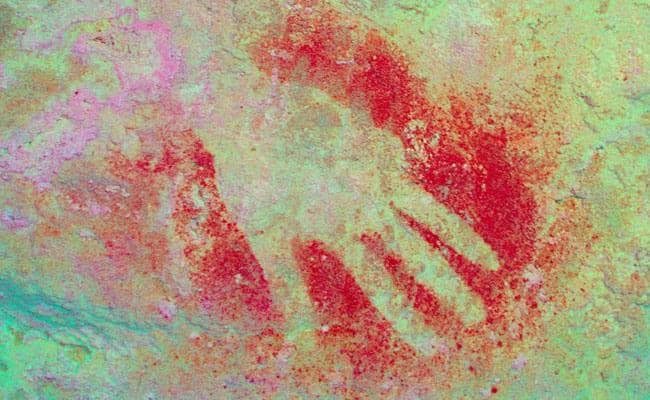 The ancient hand paintings may indicate a matriarchal society existing at the time they were made.

They then post them in detailed, 3D format in a free-to-use online database, as part of an EU-funded project called Handpas.

The idea is for researchers anywhere in the world to be able to examine them all in one place without having to visit every cave or gain access to those closed for conservation, in the hope of producing a breakthrough.

"It's about making inaccessible art accessible," says Collado, as he checks sensors for any change in CO2 levels, temperature or humidity since he last visited the meandering, cramped cave.

Surrounded by high rises in what was a poor neighbourhood of Caceres, the cave was discovered in 1951 in a quarry but left neglected for decades, squatted by thrill-seekers, junkies and others until authorities put up a wrought-iron gate barring the entrance in the mid-1980s.

According to Collado, a Spaniard who is also head of the International Federation of Rock Art Organizations, painted hands have been found in 36 caves in Europe -- all in France, Spain and Italy.

Some also contain animal drawings and fossils but his project focuses only on hands.

Further afield, hands have also been discovered in South America, Australia and Indonesia, where recent research revealed that a hand silhouette in a cave on Sulawesi island was 40,000 years old -- the world's oldest.

That was around the time when Homo sapiens -- the first modern humans -- arrived in Europe after having emerged in Africa and lived in parts of Asia.

Theories abound about what the hands mean, but with no written records, much of it is conjecture.

Researchers have tried to determine whether they were male or female, and why in some cases fingers are missing.

Was this a ritual? Did they lose them in freezing cold weather? Or -- as is more commonly believed -- did they simply fold some fingers over when painting in some sort of sign language?

What if scientists were able to determine for certain that all hands in one area were done by women?

And did Homo sapiens -- or possibly Neanderthals before them -- merely wander into a cave and casually leave their hand imprint as a form of ancient "I woz ere"?

His research focuses on where people placed their hands and he found that in some cases, fingers appeared to be deliberately placed over a bump in the wall like they were "gripping" it.

Many hands are also in the deeper recesses of the caves.

Why then would people go to such lengths to paint hands onto the walls -- be it via stencils, created by spraying pigment around an open hand, or actual handprints applied to the rock face?

French prehistorian Jean Clottes believes it may have been a form of shamanism.

Collado also interprets some of the hands he has seen as warnings.

"In the La Garma Cave (in northern Spain) there is a panel with hands that is next to a big well that would be deadly," he says.

"These were definitely done to say 'stop'."

But the project has come up against a major stumbling block as Collado's team has yet to get the green light to access the French caves -- 18 months after sending their first letter to the culture ministry.

"We're on standby," he concludes impatiently.

(Except for the headline, this story has not been edited by NDTV staff and is published from a syndicated feed.)
Comments
Maltravieso CaveHipolito ColladoHandpasHand Paintings