A 'Planet 10' On The Cards? Scientists Find Evidence

Researchers at the University of Arizona in the US said the Mars-like object may be lurking at the edge of the solar system. 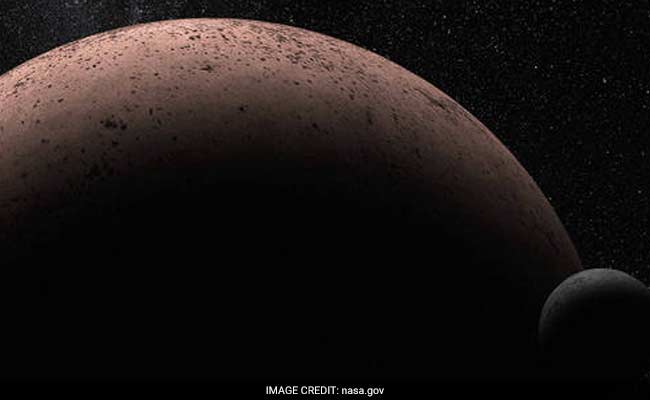 The planetary body has a mass varying between that of Mars and Earth. (Representational image)

Washington: A mysterious, unseen 'planet 10' may be lurking in the outer reaches of our solar system. Scientists have found evidence of a 'Mars-like object' that could be orbiting our Sun.

This object would be different from, and much closer than, the Planet Nine - whose existence yet awaits confirmation.

Researchers, including Indian origin Renu Malhotra of the University of Arizona in the US, found compelling evidence of a yet-to-be discovered planetary body with a mass somewhere between that of Mars and Earth.

The mysterious mass has given away its presence only by controlling the orbital planes of a population of space rocks known as Kuiper Belt objects (KBOs) in the icy outskirts of the solar system.

Their average plane is tilted away from the invariable plane by about eight degrees, researchers said. This means something unknown is warping the average orbital plane of the outer solar system.

"The most likely explanation for our results is that there is some unseen mass," said Kat Volk, a postdoctoral fellow at University of Arizona.

"According to our calculations, something as massive as Mars would be needed to cause the warp that we measured," said Ms Volk, lead author of the study published in the Astronomical Journal.

The Kuiper Belt lies beyond the orbit of Neptune and extends to a few hundred Astronomical Units (AU) - the distance between Earth and the sun.

Like its inner solar system cousin, the asteroid belt between Mars and Jupiter, the Kuiper Belt hosts a vast number of minor planets, mostly small icy bodies and a few dwarf planets.

Through their observations, researchers ruled out the possibility that the postulated object could be the hypothetical Planet Nine, whose existence has been suggested based on other observations.

That planet is predicted to be much more massive (about 10 Earth masses) and much farther out at 500 to 700 AU.

The data also do not rule out the possibility that the warp could result from more than one planetary mass object.

The planet has most likely not been found yet because we have not searched the entire sky for distant solar system objects, researchers said.

The most likely place a planetary mass object could be hiding would be in the galactic plane, an area so densely packed with stars that solar system surveys tend to avoid it.

Promoted
Listen to the latest songs, only on JioSaavn.com
"The chance that we have not found such an object of the right brightness and distance simply because of the limitations of the surveys is estimated to be to about 30 per cent," Ms Volk said.