In a country where homosexual acts can be punished with 14 years in prison, this provocative website featuring photos of men in mini-skirts is simply "pushing the boundaries and exploring masculinity". 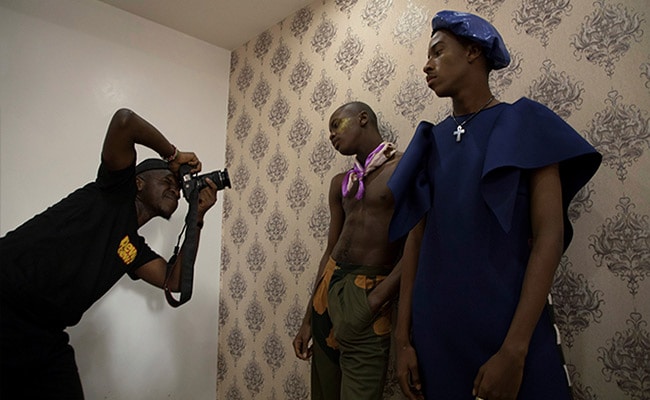 Lagos, Nigeria: Make no mistake -- Nigeria's "A Nasty Boy" is not a gay online magazine.

In a country where homosexual acts can be punished with 14 years in prison, this provocative website featuring photos of men in mini-skirts is simply "pushing the boundaries and exploring masculinity".

Richie Akuson, the 23-year-old founder, makes up for what he lacks in years with confidence and audacity. Even in "bum shorts" -- the local name for hot pants.

"Last year, I challenged myself -- walking through Abuja with silk shorts," he told AFP. "People insulted me loudly, they were making insulting comments, it was quite a painful experience."

He decided to recount his experience in Bella Naija, the country's leading digital lifestyle magazine where he worked at the time as fashion editor.

His article, titled "Why I Wore Bum Shorts Around Abuja For a Day!", provoked a fierce online debate.

The comments flooded in -- many to accuse the young provocateur of exhibitionism, others to congratulate him for his principled stand against convention.

"I was surprised by the reactions, and I thought that we really need to debate these issues, to debate around what is masculinity in Nigeria," he said. 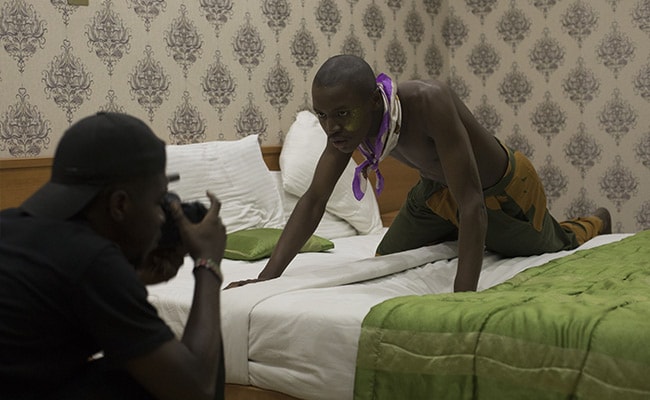 This provocative website often features photos of men in mini-skirts.

His site's first online posts, published last February, were at best baffling to many in a country where everything associated with homosexuality is seen as an affront to religion.

Another article was illustrated by men sporting oversized Afro-style wigs and towering on high heels, lifting their denim mini-skirts.

The images are undoubtedly provocative, but never sordid, and their quality is on a par with the major fashion magazines on sale in Europe and North America.

Richie claims that Nigerian men typically have a "huge, huge ego", and that his work is intended to hold up a mirror.

"Nigerian men are always on edge to protect what they define to be masculinity: you have to be strong," he said.

"No compassion for others, and a lot of money. The paradox is that it makes them very fragile at the end, behaving like bullies."

Having scandalised many with his initial web offering, Richie now plans to launch a print magazine to extend his brand.

In a shoot for an upcoming online feature, he handed out outfits to his four androgynous models -- two men, two women -- in an understated Lagos hotel room decorated with floral pattern wallpaper.

He said he wanted to "transcend existing genres". But not by the hotel pool, which would be far too public.

"Can you put this dress on?" he asked a young man with close-cut hair and a slim face.

Abstrakt, a 21-year-old Nigerian singer who describes himself on Instagram as a "model and madman", resents being pigeon-holed and wore a T-shirt emblazoned with the words "to be honest, I'm not normal".

And even if he was not overly enthused by the prospect of wearing a skirt, he did it anyway -- "for fashion".

"And you... can you put on this men's blazer?" Richie asked a pretty young woman with long braided hair that reached down to her back.

She wore the dark green velvet garment, created by a celebrated Nigerian designer, with neither bra nor trousers -- but with tights to preserve her modesty.

"I love controversy, I've always been a rebel at heart," said the woman, Ajoke Animashaun, a law student and model.

"In Nigeria we are so conservative. Girls have to be well dressed, be pretty, have their nails done... but I don't!"

For many women, painted nails are simply a matter of preference. Not in Lagos, where going unpainted is seen as an almost revolutionary feminist statement.

Like Nigeria's king of Afrobeat Fela Kuti, Lawal went shirtless for the shoot, joking that the hotel room's fierce air conditioning was freezing on his bare skin.

"Nasty Boy allows men to show the other side of who they are," he said, in a deep voice, his face shimmering with glitter paint.

"(It's) an opportunity to know how it feels to be a woman... and I would say it's quite tough."

(This story has not been edited by NDTV staff and is auto-generated from a syndicated feed.)
Comments
homosexuality NigeriaNigeria masculinity