"A Lot Of Information" Was Revealed By Baghdadi's Wife After Capture: Turkish Official

The official said that Baghdadi's spouse identified herself as Rania Mahmoud but was, in fact, Asma Fawzi Muhammad Al-Qubaysi. 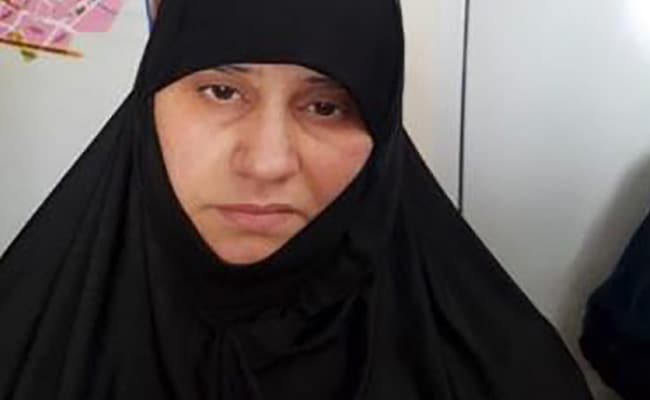 She was said to be the "first wife" of the ISIS leader, who was killed in a US special forces.

The wife of slain ISIS leader Abu Bakr al-Baghdadi revealed "a lot of information" about the ISIS group's "inner workings" after she was captured last year, a Turkish official said.

The official said that Baghdadi's spouse identified herself as Rania Mahmoud but was in fact Asma Fawzi Muhammad Al-Qubaysi.

She was said to be the "first wife" of the ISIS leader, who was killed in a US special forces raid in Syria last month.

The woman was arrested on June 2, 2018, in the province of Hatay, near the Syrian border, along with 10 others, including Baghdadi's daughter, who identified herself as Leila Jabeer.

The official said the family links were confirmed using a DNA sample of Baghdadi provided by Iraqi authorities.

"We discovered (the wife's) real identity pretty quickly. At that point, she volunteered a lot of information about Baghdadi and the inner workings of ISIS," the official said.

"We were able to confirm a lot of things that we already knew. We also obtained new information that led to a series of arrests elsewhere."

President Recep Tayyip Erdogan revealed for the first time on Wednesday that she had been detained.

"We caught his wife -- I say this today for the first time -- but we didn't make a big fuss about it," Erdogan told a gathering of students in Ankara.

He confirmed that Turkey had also captured Baghdadi's sister and brother-in-law.

Erdogan took a swipe at the United States for making a big deal of Baghdadi's killing, saying: "They started a very big communication operation."

The ISIS leader was killed in a US special forces raid carried out with the help of Kurdish fighters in the northwestern Syrian province of Idlib, just across the border from Turkey.

According to the US account, Baghdadi ran into a dead-end tunnel in his hideout and detonated a suicide vest, killing himself and two children.

The raid came in the wake of a Turkish military offensive against the Kurdish militants, who have been a close ally of the West in the fight against ISIS but are viewed as terrorists by Ankara.