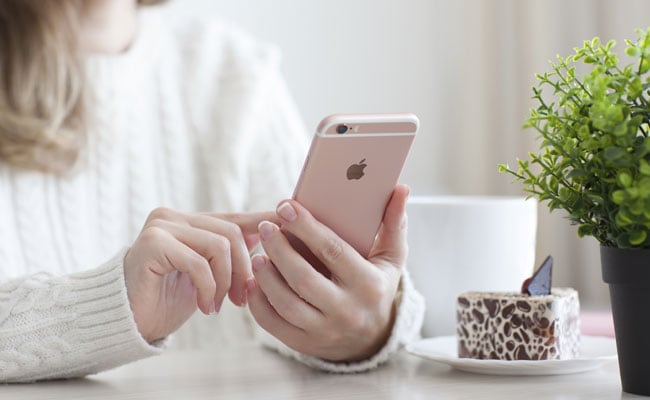 Without a password, the encryption makes intercepted digital messages impervious to outside readers. (Representational Image)

Almost a year after Brittney Mills was gunned down at the front door of her home in Baton Rouge, La., the hunt for her killer has gone cold.

But investigators are holding out hope that the killer is hiding in the one place they've been unable to look thus far: The victim's iPhone.

Not that they haven't attempted.

The problem, according to East Baton Rouge District Attorney Hillar C. Moore, is that her phone was encrypted and investigators have so far been unable to retrieve her password.

Without a password, that encryption makes intercepted digital messages impervious to outside readers.

So far, Moore said, neither relatives of Mills or law enforcement agents have been able to access the phone.

"All of the leads that we've had have been exhausted," Moore told The Washington Post. "We've been left with the telephone.

"Her telephone is unique in this investigation because she doesn't have a computer and there's nothing in the cloud we can get."

Moore said a court order seeking the data was issued last year. Apple's response - which Moore read over the phone - claims that for iPhones using recent operating systems (iOS 8 and higher), the company "will not perform iOS data extraction in response to government search warrants because the files to be extracted are protected by an encryption key that is tied to the user's passcode, which Apple does not possess."

An Apple spokesman said late Thursday that the company has cooperated with Baton Rouge authorities and "turned over information that it has at its disposal."

News that authorities are trying to compel Apple to help them access Mills's phone emerged during a period of heightened tension between the Silicon Valley superpower and law enforcement officials around the country.

Apple CEO Tim Cook has vowed to fight a federal order forcing the company to assist the FBI in unlocking an iPhone used by one of the shooters who carried out the Dec. 2 terrorist attacks in San Bernardino, Calif.

The U.S. government requested the order after saying Apple failed to provide assistance voluntarily; earlier this month, FBI Director James B. Comey told Congress that the bureau has not been able to open the phone belonging to one of the killers. "It has been two months now, and we are still working on it," Comey said.

In the company's first response, Apple filed a motion Thursday opposing the federal order. That motion argues that asking Apple to create a back door would expose personal information "to hackers, identity thieves, hostile foreign agents and unwarranted government surveillance."

Cook said Apple is prepared to take the fight all the way to the Supreme Court.

"This would be bad for America," Cook told ABC News. "It would also set a precedent that I believe many people in America would be offended by."

The Apple spokesman told The Post that Mills's case raises parallel issues to the San Bernardino controversy and Cook's statements could apply to that dispute as well.

Moore, the Louisiana prosecutor, believes a growing number of criminal cases around the country will put police at odds with Apple as iPhones become more secure.

"We live and die by data nowadays, and we believe that in nearly 100 percent of cases the info leading up to big drug deal, child molestation or murder is on somone's cellphone," Moore said. "Without access to the phone, we're really hamstrung and the bad guys are in control."

Investigators are uncertain about what's on Mills's iPhone; what investigators are certain of is that she was sending texts at some point before she answered the door and was fatally shot late at night on April 24.

The reason those texts might yield crucial information, Moore noted, is because investigators don't think Mills would have opened the door for a stranger.

Police also think that Mills may have had an app on her phone that stored diary information, which might also offer valuable clues. Even if her phone reveals nothing, Moore told The Post, it would allow authorities to scratch it off their list of potential leads, giving them a chance to focus their energy elsewhere.

Mills was eights months pregnant at the time of the shooting, and her unborn child was also killed, according to CBS News.

Her relatives have said they'll remain patient as investigators search for the killer, telling the Times-Picayune in July that they've turned to their faith for strength.

"We're just going to continue to pray and be patient," said her mother, Barbara Mills. "Whoever did this is going to be revealed."

Moore said the victim's family supports efforts to force Apple to give them access the locked iPhone.

The prosecutor said he's keenly aware of privacy rights and would even allow a third party to hold onto the phone once it was unlocked. But without the ability to peer into people's phones, he said, police and prosecutors will find themselves on the losing end of the war on crime.

"If you listen to guys talk on prison phones and see the text messages that people engaged in criminal activity - like violence and drug dealing - it becomes clear that they know they can use their cellphone as a shield and they're protected by Apple's encryption efforts," Moore said. "They know we cannot get into their phone absent them giving us their phone's password or it being backed up in the cloud, and they're keenly aware not to back it up."

"I understand people's privacy concerns, but there's gotta be some type of middle ground in which we can get the lawful access that we've always had," he added.

(This story has not been edited by NDTV staff and is auto-generated from a syndicated feed.)
Comments
iphonelocked iphoneiPhone Encryption

China Abused Free Market, US Must Punish It For Its Predatory Actions: Nikki Haley