A Flight Turns Back Due to Leaks in Toilets 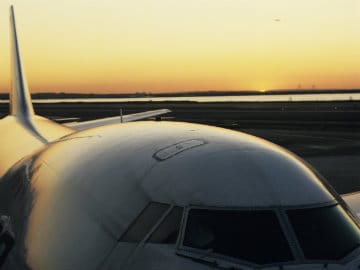 Sydney: A Virgin Australia plane bound for Sydney was forced back to Los Angeles due to leaking sinks, the airline said on Tuesday, but denied passenger claims that human waste reached the aisles.

Flight VA2 was heading to Sydney, from where it would continue to Christchurch in New Zealand, early on Tuesday when the problem occurred.

"In accordance with standard operating procedures, the captain made the decision to return to port as a precautionary measure after two of the sinks on board were leaking," the airline said in a statement.

Virgin denied comments from a passenger speaking to New Zealand radio who said that the leak involved human waste reaching the aisles and that the smell was "unbearable".

"The onboard toilets operate on a completely separate drainage system," the airline told The Sydney Morning Herald.

"As the issue was with the aircraft sink, and not the toilets, there was no incident of leaked human waste."

The carrier said the long-haul flight was turned around for the comfort of passengers and it had been cleared to return to service.

Promoted
Listen to the latest songs, only on JioSaavn.com
It did not reveal what caused the problem.

"The safety of the aircraft was never in question," it said.
Comments
Virgin Australiaairplane