Andrew Macintosh is seen staring at the camera in the incriminating photo, caught literally with his pants down, the reflective parts of his black running shoes glowing in the sudden camera flash. 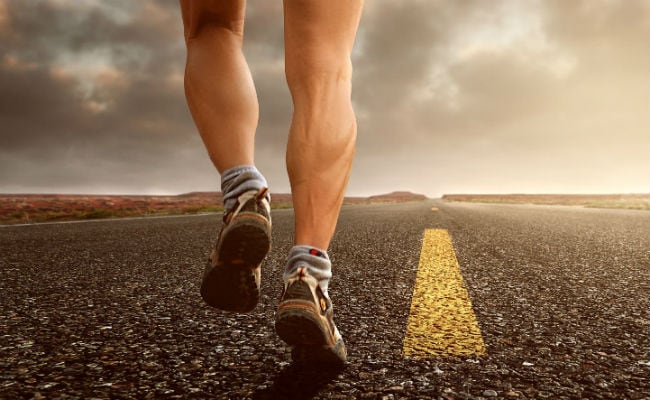 The predawn jogger who secretly defecated on neighborhood streets. (Representational)

On the surface, Andrew Macintosh was a shining pillar of the Brisbane, Australia, community. He served dutifully on the city council's inclusive board, which made recommendations about how the city should grow. And he was a national quality manager for Aveo, which owns retirement communities along the country's coasts.

But in an unflattering picture snapped on a public sidewalk in the Greenslopes neighborhood, Macintosh, 64, was recently unmasked as something else:

The predawn jogger who secretly defecated on neighborhood streets.

He is seen staring at the camera in the incriminating photo, caught literally with his pants down, the reflective parts of his black running shoes glowing in the sudden camera flash.

If he looks surprised, that's because he was photographically ambushed by a neighbor who waited in the bushes to capture just this moment - an amateur undercover sting operation that intensified for more than a year, according to Australian news site News.com.au.

Over that time, neighbors say, the man they dubbed "poo jogger" had defiled their streets some 30 times. And it was not some sudden, primal urge while out for a morning run - a call of nature that anyone with sudden gastrointestinal distress could empathize with.

Right next to his droppings, the poo jogger frequently left used toilet paper.

Vexed and apparently tech-savvy neighbors at one point set up a hidden camera with night vision capabilities to try to catch the pooper in the act, the news site reported. The camera didn't capture any definitive images, but the amateur sleuths had something to work with: a rough approximation of what time of day the public defilement occurred.

So resident Steve Smith decided to take matters, and a camera, into his own hands. He secreted himself in a piece of shrubbery in the early-morning hours, lying in wait for the poo jogger. It was a rare instance in which a man hiding in bushes taking photos of someone defecating became a neighborhood hero.

"I was there a few mornings, and then last Friday I got him," Smith told news.com.au. "There's a red light which goes on before the camera's flash goes off, and he saw that and looked at me as the photograph was taken.

"Then he just said, 'Hello.' At that point I decided to just walk away."

And with that, the poo jogger's identity was no longer a secret. Smith posted the photo on a neighborhood bulletin board, and the police were soon involved.

Macintosh was charged with being a public nuisance. In court this week, he was ordered to pay a $378 fine, according to the Courier Mail. And he was a few thousand retweets away from joining a pretty gross fraternity of public defecators.

In May, for example, Thomas Tramaglini, the 42-year-old superintendent of Kenilworth (New Jersey) School District, was arrested after he was seen defecating on a high school football field, as The Washington Post reported. School staff and the resource officer were notified that someone was regularly befouling the track and football field, and authorities began surveilling the area.

And residents of a Colorado Springs neighborhood have been infuriated by a woman they refer to as "the Mad Pooper."

Cathy Budde, her children and their neighbors keep finding the brunette woman's feces and the napkins she uses to clean herself along a community's running paths, The Post reported. Budde has snapped photos of the woman, and even confronted her in person, but she doesn't know her name. "The Mad Pooper" will face criminal charges if she is ever caught.

In Australia, things have quickly soured for Macintosh. Now that he has been outed, neighbors have started taking pictures of him even when he is not relieving himself. He is also the subject of viral social media vilification and no longer works at Aveo.

"Aveo Group is distressed and disappointed at the alleged incidents concerning Mr. Macintosh. He has tendered his resignation to the company today and is no longer an employee of Aveo Group," the company said in a statement obtained by the Guardian.

Promoted
Listen to the latest songs, only on JioSaavn.com
"Aveo will continue to extend its support to Mr. Macintosh for help that he may require," it added.