Activists have occupied the remaining forests and made tree-houses in the trees in a strategy reminiscent of the Chipko Movement of the Himalayas.

Activists have occupied Germany's Hambach Forest to stop the trees from being felled.

Hambach Forest, Germany: While the world gathered at the German city of Bonn to combat climate change and global warming, not very far away from the venue, a group of people were adopting an intriguing strategy to save one of the oldest forests of Europe. Just 50 kilometers away from Bonn - where the climate change conference was held early this month - Hambach Forest is an imperilled territory today. The threat of a police force and an influence of powerful energy and mining company looms over the people who are opposing the destruction of jungle.

"What is happening here is that RWE, the second biggest energy company in Germany, is removing one of the oldest forests in all of the Europe to make room for the brown coal mine and dig up the coal and burn it and remove people from here. Ninety per cent of the forest has been cut down and some 150,000 people have been displaced till now," said one of the masked activists who didn't want to be identified. 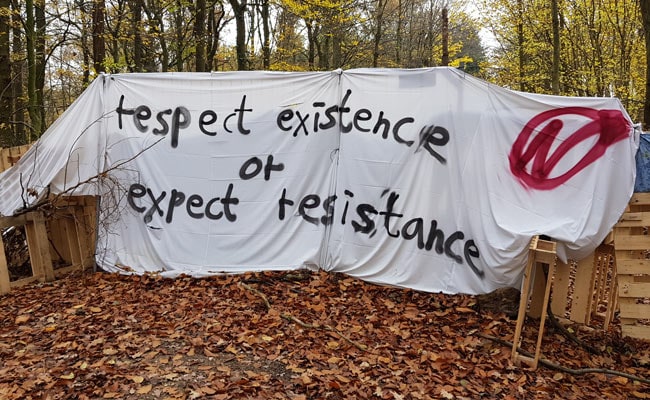 Activists have put up the banner in Germany's Hambach Forest.

The activists have dug the roads leading to jungle. A huge banner read "Respect existence or expect resistance" - a clear indication of more agitation and confrontation in coming days. A barricade stood with a statue of Jesus Christ over it.

"This barricade is to stop or stall the police from entering in the forests and destroy it. So, we hope the driver would be a devout christen and would not want to tear down this Jesus barricade," he said.

The movement in Hambach forest has special significance as the chancellor Angela Markel has been campaigning for clean energy. Ironically, Germany is the biggest carbon emitter in Europe. It contributes to 20 percent of total greenhouse gas emissions of the continent. The brown coal mine at Hambach is said to be one of the biggest mines in Europe. It is spread in more than 80 square kilometers and extracts more than 40 million ton of coal annually. Protestors fear that power company has just stopped the mining and cutting of jungle because of the climate summit at Bonn. 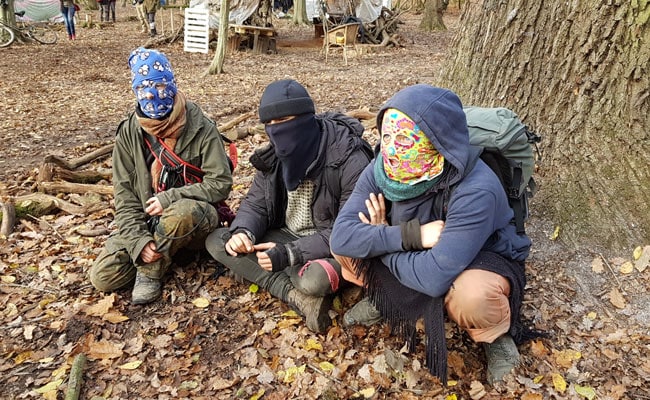 Activists say they think the trees won't be cut down if they squat on them.

"As soon as the summit ends they will resume mining and cutting the trees in forests," said one protester.

So, the activists have occupied the remaining forests and made tree-houses in the trees. This is an interesting strategy to save forest which would remind Indians of the Chipko Movement of the Himalayas. In the 1970s, in Uttarakhand, the northern state of India when contractors tried to cut down forests for timber wood, women clung to trees to save them from felling.

Promoted
Listen to the latest songs, only on JioSaavn.com
"The purpose of the tree house is to save tree. If there is a tree house, people can squat on the tree. Till the moment there is a person up on the tree it cannot be cut down. In this way we protect the trees and our climate," said a young activist. 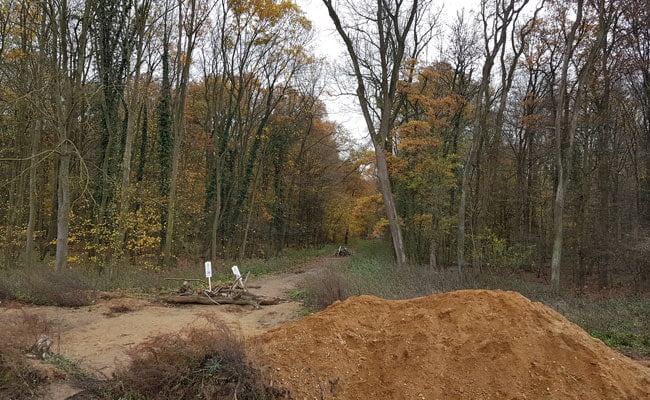 These activists are not only from Germany but several parts of world including from US and UK. One of them said, "This is not a fight just for this forest, but this is a struggle against a whole situation. We want to oppose the use of coal to generate electricity. We are trying to protect world from climate change and fighting against the structural violence."

But will they take up arms to save these jungles? "Well our comrades are in jail. We demand to free them. I personally won't take up arms. I will try to protect this forest by putting up barricades and fight peacefully. However, if somebody takes up arms to protect the jungles, I will support him," said one of the activists living in Hambach forest.