A Boy's Basketball-Size Tumor Was Slowly Killing Him. He Died Days After Doctors Removed It

Days after the surgery, Emanuel's lungs began to fail. His kidneys were going, too. 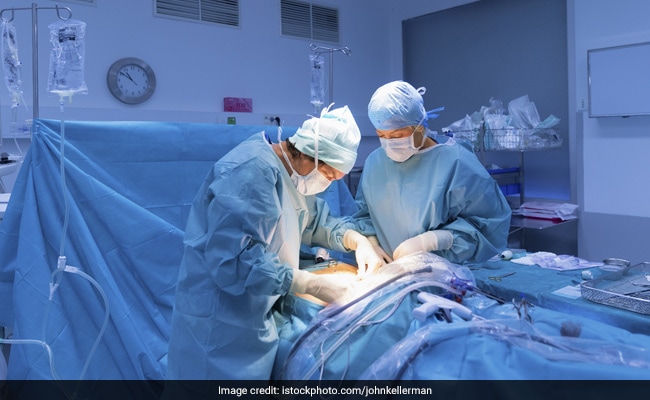 Emanuel, a ninth-grader from Cuba, was born with a disorder called polyostotic fibrous dysplasia

The basketball-size tumor was finally gone, and the first signs after Emanuel Zayas' surgery were deceptively encouraging.

The 14-year-old's eyes had begun to react to stimulation. The muscles on his face were strengthening. For a moment, his family, doctors and other supporters exhaled.

But inside, the teen was already dying, according to Miami NBC-affiliate WTVJ.

Days after the surgery, Emanuel's lungs began to fail. His kidneys were going, too. Soon, the people praying for the boy brought to U.S. doctors by missionaries came to a sobering truth: There would be no miracle.

"After visiting Emanuel last night and observing a glimmer of hope from pupillary reflexes and facial muscle tone, I was informed this morning that he took a serious turn for the worse," Robert E. Marx, the lead surgeon on the teen's case, said Friday in announcing Emanuel's death. "His condition has deteriorated with kidney and lung failure that the best of [the intensive care unit] cannot keep pace."

Emanuel, a ninth-grader from Cuba, was born with a disorder called polyostotic fibrous dysplasia, in which the body replaces portions of bones with fibrous tissues, according to the Mayo Clinic.

The condition began affecting Emanuel's left arm and leg when he was 4, but it became life-threatening in adolescence, according to the Associated Press.

At age 11, the boy noticed what he thought was a pimple on the side of his nose. But it wouldn't stop growing. By December, it had ballooned to 10 pounds and was the size of his head.

"The tumor has taken over his face, and has severely affected the bone structure of his upper jaw and nose," according to the Jackson Health Foundation, a nonprofit group that raises money for cases such as Emanuel's.

His family had paraded him to a carousel of Cuban doctors, but they all refused to touch the boy. The tumor was too complex, they told his family, the surgery too risky.

But the only alternative was death. The tumor itself was benign; its cells would never spread to other parts of his body. But as it grew, it crushed Emanuel's windpipe. Doctors feared that the massive tumor would snap Emanuel's neck if it didn't choke or starve him first.

Hope came in the form of U.S. missionaries who had met the boy in Cuba and sought to connect him with Marx, chief of oral and maxillofacial surgery for the University of Miami Health System, according to the Miami Herald.

Marx had originally heard about Emanuel's case at a medical conference. He was one of the few people who could identify it on sight, according to the Herald, because he had operated on a Haitian woman with a 16-pound facial tumor a decade ago.

Marx and the other doctors in Emanuel's case donated their time, and several benefactors raised money to help pay for the procedure.

They kept track of Emanuel's progress on a Facebook page set up by Jaynie Estrada, a missionary who led the fundraising effort.

"Update! VICTORY!!" Estrada posted on Jan. 13, just after the surgery. "Emanuel is ok, had a good night. They changed his bandages this morning and swelling is already starting to decrease slightly. The wounds are not bleeding, everything looks good.

But soon, there were signs of trouble.

"Dr. Marx won't start waking him up tomorrow as we'd hoped," Estrada wrote on Jan. 18. "Looks like he needs more days to recover more. . . . Please continue to pray for him."

He died the next day.

The teen's restoration, his supporters believed, no longer lay in earthly hands.

Promoted
Listen to the latest songs, only on JioSaavn.com
"Through the eyes of our faith, in our hearts, we really believe and know without doubt that Emanuel effectively received a complete healing and that now he has a perfect and sweet face and two legs that work, and that he is running and jumping and having fun in heaven right now," Estrada posted.

(This story has not been edited by NDTV staff and is auto-generated from a syndicated feed.)
Comments
basketball-size tumorboy dies after tumor removed