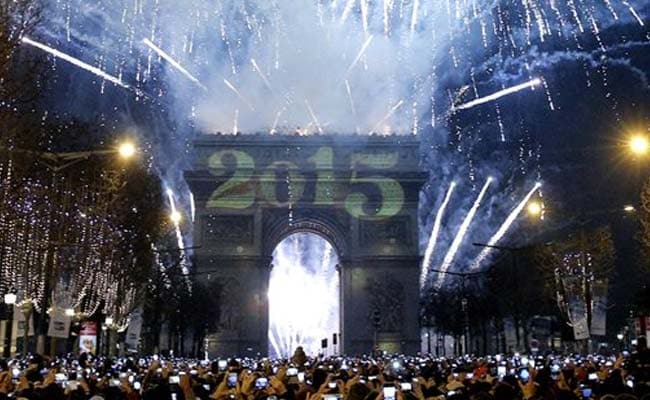 Revelers photograph fireworks over the Arc de Triomphe as they celebrate the New Year's Eve on the Champs Elysees avenue in Paris, France on January 1, 2015. (Associated Press)

The figures issued on Thursday show that, despite the dip, setting fire to parked cars remains a firmly entrenched way for some French to send out the old and ring in the new.

Ministry spokesman Pierre-Henry Brandet said on BFM-TV that numerous cars were burned around the country, particularly in the east, as well as in suburban Paris, notably the Seine-Saint-Denis region - where fiery riots around France started in 2005.