The blast, which killed 25 people and injured 138, occurred at a residential community and destroyed a food market building. 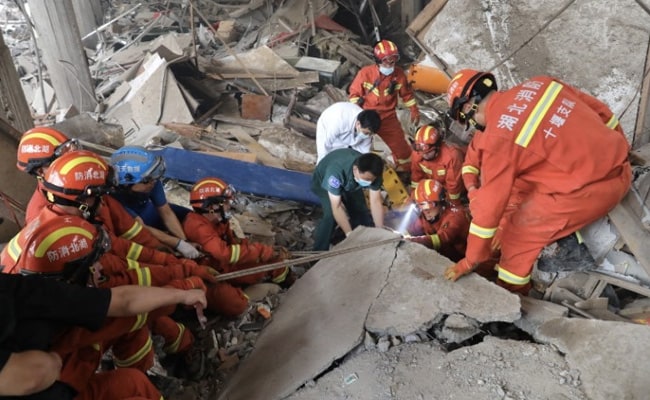 Rescue workers search for victims amid the debris following a gas pipeline explosion in Shiyan.

Eight employees at a China Gas Holdings unit have been detained by local police following a fatal gas pipeline explosion on Sunday, according to a statement by the Shiyan city government.

The blast, which killed 25 people and injured 138, occurred at a residential community and destroyed a food market building.

The unit, Shiyan Dongfeng Zhongran City Gas Development Co, is one of the gas suppliers for the city which is located in Hubei province.

"The safety management system at the company was not rigorous...and the company did not strictly comply with the rules of pipeline inspections. There were serious faults in the operation of related facilities," the statement said, adding that the incident continues to be investigated.

China Gas did not immediately respond to a request for comment.