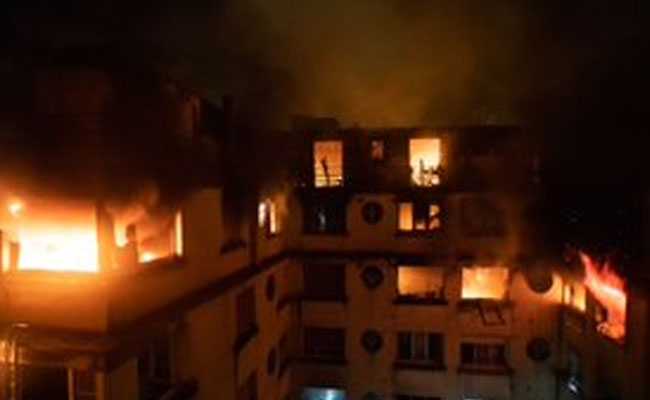 After 5 hours, the fire has been brought under control.

Eight people have died in an overnight blaze at an apartment block in Paris that is being treated by police as possible arson attack, officials said Tuesday.

The fire on the top floors of an eight-storey building in the rue Erlanger in the wealthy 16th district of southwest Paris is one of the most deadly in the capital in years.

Described as a "scene of incredible violence", the blaze left around 30 people -- including six firefighters -- with injuries.

"One person has been arrested. It's a woman. She's currently in custody," Paris prosecutor Remy Heitz said from the scene on Tuesday morning. 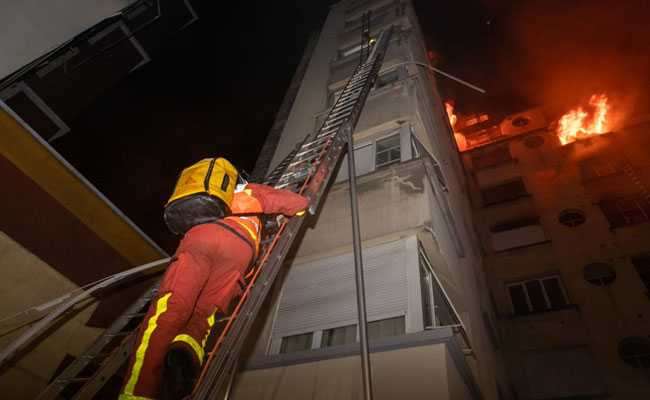 The blaze left around 30 people -- including six firefighters -- with injuries.

An investigation has been opened into the criminal charge of causing death by arson.

The fire started at about 1:00 am (0000 GMT) and was finally brought under control more than five hours later by around 200 firefighters.

Fire service spokesman Captain Clement Cognon told AFP at the scene overnight that "the toll could still increase" because firefighters were yet to search the upper floors of the eight-storey block, "where the fire was the most violent".

Some of those affected scrambled on to nearby roofs to escape the smoke and flames.

The residential neighbourhood lies on the edge of the vast Bois de Boulogne park and close to the stadium of football club Paris Saint-Germain, the Parc des Princes.

Captain Cognon added: "We had to carry out many rescues, notably for around a dozen people who had taken refuge on the roofs. In total about 50 people were evacuated by firefighters, including through the installation of ladders." 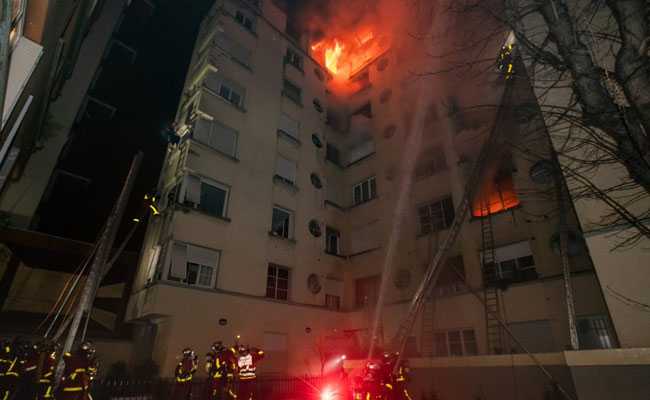 Two adjacent buildings were also evacuated as a precaution.

Two adjacent buildings were also evacuated as a precaution and local officials were on site to help find housing for residents who could not return to their homes.

Several streets were cordoned off by police and fire crews, and an AFP journalist said a strong smell of smoke hung in the air.

The blaze follows a fire caused by a powerful gas explosion last month that killed four people in the city's central 9th arrondissement.

In late December, two women and two girls died from asphyxiation in a fire that broke out in a public housing block in a suburb northeast of Paris.