62 Soldiers On Trial In Istanbul For Alleged Part In Coup 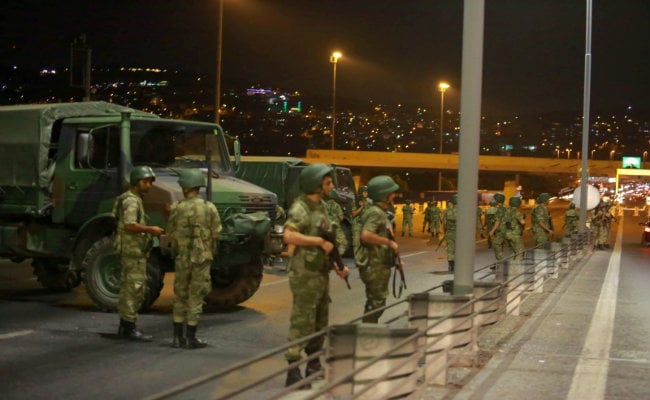 Istanbul: Dozens of officers and soldiers have gone on trial in Istanbul for their alleged role in the failed military coup in July.

The 28 officers and 34 privates allegedly seized control of Istanbul's Sabiha Gokcen Airport on the night of the attempt.

They are accused of crimes against the state and face life terms in prison if convicted.

Some of the defendants have denied the charges. insisting they were led to believe they were taking part in a drill.

Turkey blames the coup on the U.S.-based Muslim cleric Fethullah Gulen and is engaged in a massive purge of his followers from government jobs. Gulen denies any involvement.

Promoted
Listen to the latest songs, only on JioSaavn.com
Monday's trial is the first in Istanbul for military officers. Twenty-nine police are already on trial for allegedly failing to protect the president.