Hanif Abbasi, special assistant to the Prime Minister, said he would contest former minister Sheikh Rashid at all political forums 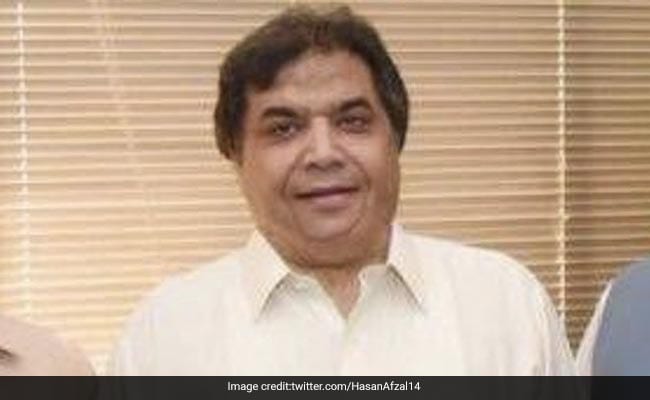 Hanif Abbasi, special assistant to Pakistan Prime Minister Shehbaz Sharif, has said that anyone who rips off and brings former Interior Minister Sheikh Rashid's wig will be rewarded PKR 50,000.

Addressing a press conference in Rawalpindi, the Pakistan Muslim League-Nawaz (PML-N) leader Hanif Abbasi said former Prime Minister Imran Khan, Sheikh Rashid and his nephew were involved in planning the incident in Saudi Arabia's Masjid-e-Nabwi in which the Shehbaz Sharif delegation was insulted.

In a video, Information Minister Marriyum Aurangzeb and member of the National Assembly Shahzain Bugti were seen along with others.

The special assistant to the Prime Minister said that he would contest Sheikh Rashid at all political forums, adding that wherever he would want to contest elections with him, he was ready to challenge the former Minister.

He accused PTI workers of hurling abuses at Marriyum Aurangzeb and Shahzain Bugti on Masjid-e-Nabvi premises and said such actions breached the sanctity of Masjid-e-Nabwi.