Covered with thick fur, the head was found by a local on the banks of the Tirekhtyakh River in Russia's remote Arctic region of Yakutia last summer. 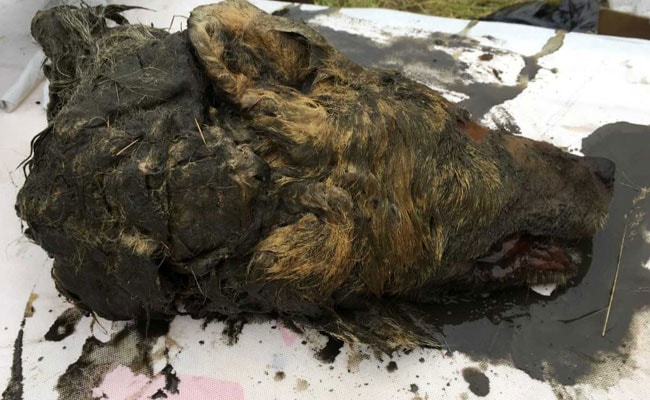 A first intact head of a gigantic adult wolf which died about 32,000 years ago and was preserved in permafrost has been found in the Russian Arctic, scientists have said.

Covered with thick fur, the head was found by a local on the banks of the Tirekhtyakh River in Russia's remote Arctic region of Yakutia last summer.

It features a well-preserved brain, soft tissue and a set of powerful teeth and measures 41.5 centimetres in length.

By comparison, the torso of a modern-day wolf is between 66 and 86 centimetres long.

The head was handed to local palaeontologists who teamed up with scientists from the Jikei University School of Medicine in Tokyo to study it.

"It is the first ever such find," Albert Protopopov, head of mammoth fauna studies at the Yakutia Academy of Sciences, told AFP on Friday.

"Only cubs have been discovered before."

Research shows the animal died about 32,000 years ago in the Pleistocene epoch, when the most recent Ice Age occurred.

The wolf is believed to have been between two and four years old when it died.

The Pleistocene epoch was the time when megafauna such as woolly mammoths roamed the Earth.

Protopopov said the scientists from Russia, Japan and Sweden would continue to study the head.

"We are hoping to understand whether this was a separate subspecies," he added.

Several species of ancient wolf lived during the Ice Age including now-extinct dire wolf that featured in the popular TV series "Game of Thrones".

(Except for the headline, this story has not been edited by NDTV staff and is published from a syndicated feed.)
Comments
Russian Arcticold wolf headwolf gigantic head