One flight attendant suffered a broken leg, according to Steve Coleman, a spokesman for the Port Authority of New York and New Jersey in US. 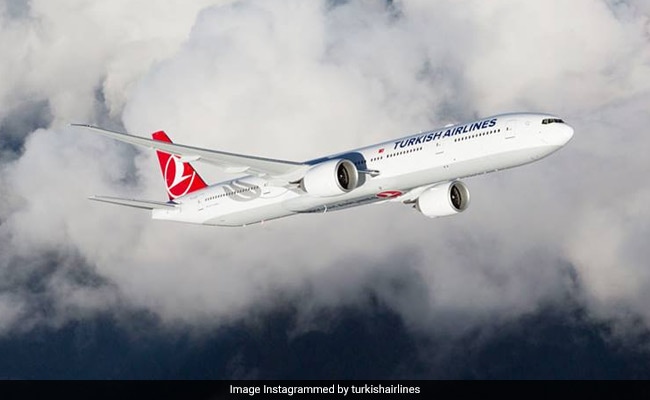 The plane was over Atlantic Ocean, about 45 minutes from landing, when it struck turbulence. (FILE PHOTO)

A Turkish Airlines passenger jet traveling from Istanbul to New York hit severe turbulence Saturday as it approached its destination, with 30 people suffering injuries before it landed safely, officials said.

The injured were taken from New York's John F Kennedy International Airport to local hospitals, mainly for treatment of bumps, cuts and bruises.

One flight attendant suffered a broken leg, according to Steve Coleman, a spokesman for the Port Authority of New York and New Jersey, which operates the area's airports, bus terminals, bridges and tunnels.

The Boeing 777 -- which had 326 passengers and 21 crew on board -- was over the Atlantic Ocean, about 45 minutes from landing, when it struck the turbulence, Coleman told AFP.

Airport operations were not disrupted as a result of the incident, he added.

Turkish Airlines did not immediately respond to a request for comment.

Earlier in the day, a plane operated by Canada's Air Transat made an emergency landing at another New York area airport -- in Newark, New Jersey -- after smoke was detected in the cargo hold, the company said.

The Boeing 737-800, which had 189 passengers on board, was traveling from Montreal to Fort Lauderdale, Florida. No one was injured, a spokeswoman for Air Transat told AFP.