Many telecoms masts were destroyed during heavy fighting on Friday, making it difficult to establish contact with Ghazni, some two hours drive south of the capital Kabul. 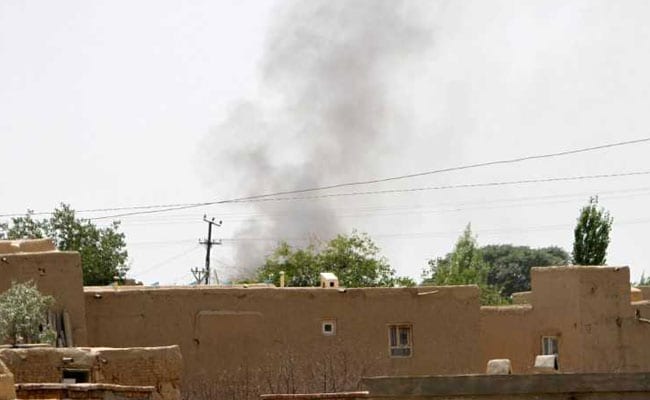 Fighting continued around Ghazni in central Afghanistan on Saturday, a day after Taliban terrorists stormed the city in a stark show of force, with at least 25 police officers and one journalist killed, officials said.

Many telecoms masts were destroyed during heavy fighting on Friday, making it difficult to establish contact with the city, some two hours drive south of the capital Kabul, and there were conflicting accounts from government and Taliban spokesmen.

The attack on Ghazni, a strategically important centre straddling the main highway linking Kabul with the south of the country, was the most serious blow struck by the Taliban since they came close to overrunning the western city of Farah in May.

The terrorists have failed to take any provincial centre since they briefly seized the northern city of Kunduz in 2015 although they are active across much of the country and control many rural areas.

Defence ministry officials said Ghazni was under complete control of the security forces. But at the same time, they said clearance operations were continuing and additional troops were being sent to boost the city's defence.

"Afghan National Army reinforcements are making their way to Ghazni city to help the Afghan National Police search and clear the city of insurgents that may still be hiding in the city," said Major Mohammad Farooq, Afghan army 203rd Corps spokesman.

However, Taliban spokesman Zabihullah Mujahid said the terrorists held a number of strategic locations in the city and had captured a large quantity of weapons and equipment as well as taking more than 100 prisoners among the security forces.

"We are in talks in various areas with the rest of the enemy forces to surrender instead of putting their lives in danger," he said in a statement.

One security official, who spoke on condition of anonymity, said both sides were fighting to control commercial centres and arterial roads around the city.

There was little clear information on casualties, but Najib Danish, a spokesman for the interior ministry, said that 25 policemen had been killed, along with one Afghan journalist, whom he did not identify.

Friday's attack came as a shock after hopes had grown of a possible start to peace talks, although Ghazni has been under pressure for months with terrorists increasingly active in nearby districts.

"The city was relatively quiet last evening and people were observed moving freely on the streets," Lt Col Martin O'Donnell, spokesman for US Forces-Afghanistan, said in an emailed statement. "That said, clearing operations are ongoing and we have received reports of sporadic clashes."

He did not say whether US aircraft, which had helped Afghan forces resist the initial attack on Friday, had conducted any strikes against the Taliban.

The government had been considering a ceasefire over this month's Eid al Adha holiday to match a similar truce during the Eid al Fitr holiday in June which saw unarmed Taliban terrorists mingling with soldiers on the streets of Kabul and other cities.

Zabihullah Mujahid said in a social media post that the group had captured Ghazni's main prison and freed many inmates, but Afghan officials could not immediately confirm or reject the statement.

China Abused Free Market, US Must Punish It For Its Predatory Actions: Nikki Haley