Diwali, which symbolises the spiritual victory of light over darkness, good over evil and knowledge over ignorance, will be celebrated tomorrow. 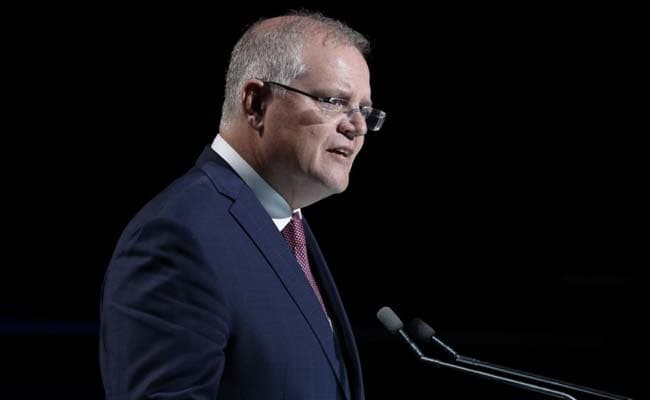 Extending Diwali greetings to Indians across the globe and in Australia, Prime Minister Scott Morrison has said the festival's message carries "a special significance" this year as the world is responding to the COVID-19 pandemic, the most dramatic shock in generations.

Diwali, which symbolises the spiritual victory of light over darkness, good over evil and knowledge over ignorance, will be celebrated tomorrow.

"Most years, we often think of this dispelling of darkness as a theoretical concept rather than something that is experienced and overcome. This year, Diwali's message has a special significance," Prime Minister Morrison said in a video message released recently.

"Every nation on earth is responding to the COVID-19 pandemic. Lives and livelihoods have been lost as we have witnessed the most dramatic shock in generations. Despite this, we have a common hope. Throughout 2020, despite our own fears, we have supported each other, encouraged each other, and stood with each other," he said.

"We have drawn strength and inspiration from our medical professionals, teachers, cleaners, retail staff, police and defence force personnel and so many more who have responded to the crisis with compassion and professionalism," he added.

Prime Minister Morrison said Australia is the most successful multicultural nation on earth and "at this Diwali, I pay tribute to all those who have brought this tradition to our shores".

"Yes, we have seen darkness this year, but the light is overcoming that darkness. There is light ahead, and there is hope. Warmest greetings to everyone celebrating Diwali, the festival of lights. It's a special moment for people of many faiths," Scott Morrison said in his message.

Other politicians who extended their greetings include Opposition leader Anthony Albanese who said he hoped next year people will be able to celebrate the festival of lights together.

"I wish all of you a wonderful Diwali festival. As a celebration of the victory of light over darkness, it is a most welcome and timely antidote to the uncertainty that surrounds us, Mr Albanese said, adding "we have all had to adapt to the realities of the coronavirus pandemic, yet even amid all this upheaval, Diwali will stand tall as a striking expression of your tradition and your spirituality, your devotion and your faith."

Mr Albanese said, "I sympathise with those who aren't able to return to their ancestral homes, and to those unable to celebrate with their families this year."

Meanwhile, the prime minister on Friday announced the national vaccination policy for Australians, saying the government will prioritise the vaccination of elderly and people particularly vulnerable to the virus.

"The national vaccination policy of the Commonwealth was endorsed by the National Cabinet today," Prime Minister Morrison told reporters in Canberra.

"It's another sign that together as a country we are working to prepare ourselves to be able to disseminate and administer those vaccines all around the country when they're ready," he said.

Prime Minister Morrison further announced that all states and territories, except Western Australia, have agreed to reopen internal borders by Christmas.