200 Non-Afghans To Leave Kabul In First Airlift Since US Retreat: Report

"Not all 200 are US citizens. There are American citizens amongst the group departing Kabul to Doha," said the source, who was briefed on the operation. 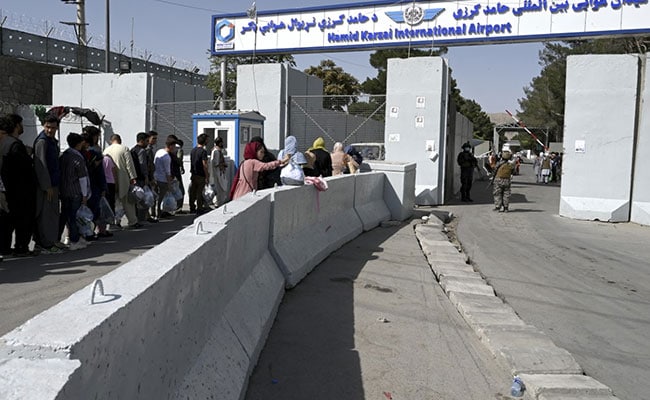 About 200 foreigners including Americans are to leave Kabul in the first airlift since the US withdrawal and Taliban takeover, a source and officials said on Thursday, adding that the airport was gradually reopening.

A Qatari technical official in the Afghan capital told Al Jazeera TV that "90 percent" of Kabul airport was fixed after last month's hurried evacuation of more than 120,000 people as the United States ended its two-decade occupation.

Footage broadcast by the Qatari channel showed families including women, children and elderly people waiting with suitcases at the airport.

"Not all 200 are US citizens. There are American citizens amongst the group departing Kabul to Doha," said the source, who was briefed on the operation.

The United States has said only 100 or so US citizens remain in Afghanistan, but that thousands of Afghan allies who fear retribution failed to leave before the departure of the US military last week.

Qatar's special envoy to Afghanistan, Mutlaq al-Qahtani, called it a "historic day" for the airport, where Qatari teams have worked alongside Afghans to resume operations after the chaotic mass airlift.

"Today is a historic day for this airport and the reopening of the airport to international flights, but it may be gradual," Qahtani said from the airport.

"No doubt we have faced big challenges, but with the help of our Afghan brothers as well as Qatari experts and technicians, we fixed a lot of issues, and I think we can announce the airport is at the start of getting ready for air navigation."

The airport's radar and landing equipment have been fixed, the technical official said, adding that communications devices are "working normally now".

"We can say that 90 percent (of the airport has been fixed), there are still technical issues I cannot reveal," he said.

"But, generally, we can say all technical devices are ready to go."

Separately, White House Press Secretary Jen Psaki said the US was "getting closer" to extracting the remaining American citizens who want to leave Afghanistan.

"We're working to get those American citizens who want to depart out of the country, as well as legal permanent residents and other key partners," Psaki told MSNBC's Morning Joe.