In the first hour alone, Mr Scholey finished 327 rotating puzzles. He had already solved more than 3,500 cubes by the eighth hour of the activity. 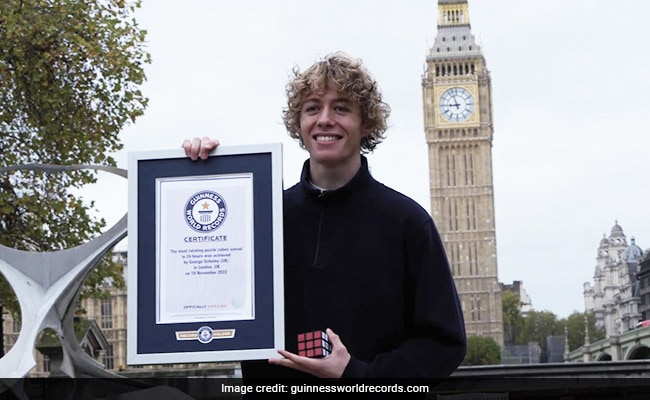 George Scholey, a 20-year-old man from the United Kingdom has created the record for the most rotating puzzle cubes solved in 24 hours with an incredible 6,931, reported Guinness World Records.

In the first hour alone, Mr Scholey finished 327 rotating puzzles. He had already solved more than 3,500 cubes by the eighth hour of the activity.

Talking to GWR, Mr Scholey said, "The hardest part of the record was hitting the 12 hours mark. I felt pretty drained and everyone else was so excited. They were celebrating, saying 'you're on mark to break the record. But then I was like: it's only 12 hours."

The website further mentions that with four hours left on the clock, the 20-year-old from UK sped past 5,849 solves despite technical difficulties of the laptop, mental obstacles and exhaustion. He continued and solved an additional 1000 cubes until the timer ran out.

He was dejected as he could not complete 7,000 cubes. He told GWR, "Toward the end of the night I saw I was getting closer to 7,000, and I'm a bit annoyed I didn't get that result. But that's fine. I also took breaks, and it's an attempt over 24 hours."

Interestingly, the 20-year-old completed the record on November 10, which is observed as Guinness World Records Day and was presented with his official record certificate by Editor-In-Chief Craig Glenday.

Canada To Pay $2 Billion To Abuse Survivors From Indigenous Communities