The girl, 14, identified only as Alisha, had been the victim of online bullying in a dispute with the pair, a boy and a girl, that had seen photos released on social media. 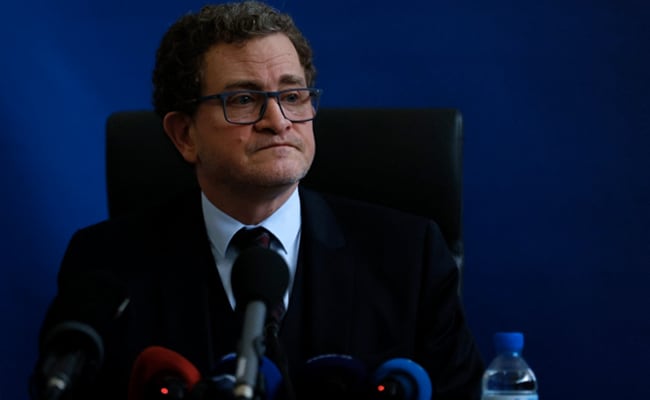 French prosecutor for the Val d'Oise department gives a press conference following the death the girl.

A French judge on Thursday charged two 15-year-olds with the murder of a girl from their school whose beaten body was found dumped in the Seine River in a crime that shocked the country, prosecutors said.

The girl, 14, identified only as Alisha, had been the victim of online bullying in a dispute with the pair, a boy and a girl, that had seen photos released on social media.

The judge charged the two with murder in the early hours of Thursday, and another judge will decide whether they should remain in detention pending trial, prosecutors said.

The two, identified as T. and J., as minors face up to 20 years in prison if convicted for the killing in Argenteuil in the northern outskirts of Paris.

The case has caused immense shock in France as the government seeks to deal with increasing crime blamed on youth gangs that has caused violent clashes, especially in the Paris area.

Regional prosecutor Eric Corbaux, giving a chilling description of the events, told reporters that the two suspects met with the victim on Monday night.

"After having chatted a few minutes, the young man who, hidden, appears to have approached the victim, struck her by surprise, pulled her hair and kicked her legs out from beneath her. He then appears to have kicked her while she was on the ground, in the back and the head," he said.

He said the initial investigation indicated that Alisha had been beaten by the boy and then thrown into the Seine while still alive with the help of the girl. She then drowned in the water.

He said the three appeared to have been friends but then a "rivalry" developed that put the two young girls at odds with each other. The boy had initially been in a relationship with Alisha and then with the other girl.

Alisha's phone was hacked into, and pictures of her in her underwear circulated on the online messaging service Snapchat.

The school confirmed Wednesday that the two detained youths had already faced a disciplinary procedure over their behaviour towards the victim, and had been summoned to appear before a disciplinary committee on Tuesday.

There was "tension between these three students after the victim's phone was hacked and compromising photos were posted by her two classmates," the Cognacq-Jay high school said in a statement to AFP.

Corbaux said that during their initial detention the pair "had not shown immediate remorse."