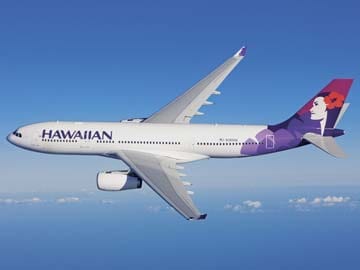 Honolulu: FBI officials say a 16-year-old boy stowed away in the wheel well of a flight from California to Hawaii, surviving the trip halfway across the Pacific Ocean unharmed despite frigid temperatures at 38,000 feet and a lack of oxygen.

FBI spokesman Tom Simon in Honolulu told The Associated Press on Sunday night that the boy was questioned by the FBI after being discovered on the tarmac at the Maui airport with no identification.

Simon says security footage from the San Jose airport verified that the boy from Santa Clara, Calif., hopped a fence to get to Hawaiian Airlines Flight 45 on Sunday morning. Simon says the child had run away from his family.

Promoted
Listen to the latest songs, only on JioSaavn.com
Simon says the boy was released to child protective services and not charged with a crime.