Blasts ripped through the warehouse in a shopping mall in the Armenian capital of Yerevan on Sunday. 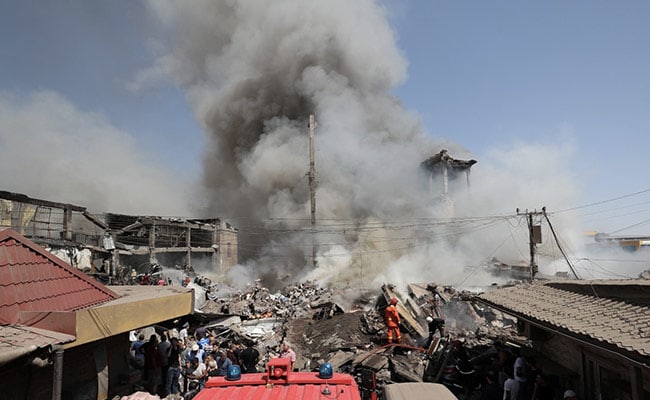 At least 62 people have been injured in the blast.

Rescuers have recovered more bodies from the site of a fireworks warehouse blast in Armenia, bringing the toll from Sunday's accident to 11, the RIA news agency cited Armenia's emergencies ministry as saying on Tuesday.

Blasts ripped through the warehouse in a shopping mall in the Armenian capital of Yerevan on Sunday, causing parts of the building to collapse and injuring at least 62 people.