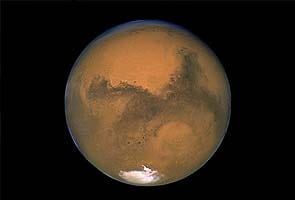 Washington: More than 100,000 people have applied for a one-way trip to Mars, as a part of the ambitious multi-billion dollar project that aims to colonise the Red planet starting in 2022.

While it remains questionable how humans would be able to survive on Mars, it has not stopped a whopping number of people from signing up for The Mars One project.

"There is also a very large number of people who are still working on their profile, so either they have decided not to pay the application fee, or they are still making their video or they're still filling out the questionnaire or their resume. So the people that you can see on-line are only the ones that have finished and who have set their profiles as public," said Bas Lansdorp, Mars One CEO and co-founder.

Lansdorp did not specify how many have paid the fees, completed their profiles and configured them as private.

The application process specifies anyone 18 or older may apply, but the fee depends on a user's nationality. For US citizens, the application fee is $38, 'CNN' reported.

The company said it sets the price based on the gross domestic product per capita of each nation.

"We wanted it to be high enough for people to have to really think about it and low enough for anyone to be able to afford it," Lansdorp said.

As far as the first crew is concerned, the mission will cost $6 billion, Lansdorp said.

He said the idea is for it to be funded by sponsors and media that will pay for broadcasting rights of shows and movies documenting everything from the astronauts' training on Earth to their deployment and colonisation of Mars.

Mars One said, out of the applicants, it will select a multi-continental group of 40 astronauts this year.

One more group of four will be deployed two years later.

None of them will return to Earth, according to the mission plan.

The astronauts will undergo the required eight-year training. They will learn how to repair habitat structures, grow vegetables in confined spaces and address "both routine and serious medical issues such as dental upkeep, muscle tears and bone fractures," according to the project site.

Lansdorp said each lander the project sends will be able to carry about 5,511 pounds of "useful load" to Mars.

Despite the risks of space travel, the Mars One founder said he is convinced of the viability of the project.

Promoted
Listen to the latest songs, only on JioSaavn.com
However, some space travel experts have said the risks are far too high to carry out these manned missions to Mars, a distance that humans have never travelled.