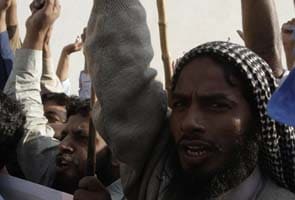 Washington: Pakistan's army is covertly sponsoring four major militant groups, the US ambassador in Pakistan warned in a frank critique revealed by the US state department cables, the Guardian reported.

Pakistan, it said, had received more than $16 billion in American aid since 2001, but "there is no chance that Pakistan will view enhanced assistance... as sufficient compensation for abandoning support to these groups", US Ambassador Anne Patterson wrote in a secret review of Afghanistan-Pakistan strategy in September 2009.

Secret cables, which were leaked by WikiLeaks, show that US diplomats and spies believe Pakistan army and its Inter-Services Intelligence (ISI) continue to quietly back four militant groups -- the Afghan Taliban, its allied Haqqani and Hekmatyar networks on the western Afghan frontier, and LeT on the eastern border with India.

"We need to reassess Indian involvement in Afghanistan and our own policies towards India, including the growing military relationship through sizeable conventional arms sales, as all of this feeds Pakistani establishment paranoia and pushes them closer to both Afghan and Kashmir-focused terrorist groups while reinforcing doubts about US intentions," she said.

Pak against pro-India govt in Kabul

The British daily reported that Pakistan army chief General Ashfaq Kayani had been "utterly frank" about the consequences of a pro-India government coming to power in Kabul, according to a 2009 briefing in advance of his visit to Washington.

"The Pakistani establishment will dramatically increase support for Taliban groups in Pakistan and Afghanistan, which they see as.. an important counterweight."

Alarmed by the links with Haqqani, whose fighters kill American soldiers in Afghanistan, and fearful that policy towards LeT could trigger nuclear war with India, US officials have urged Kayani to change course.

"The biggest single message Kayani should hear in Washington is that this support must end," said one dispatch.

In a March 2009 briefing to FBI director Robert Mueller, the embassy noted that ISI chief General Shuja Pasha, "continues to profess a determination to end ISI's overt and tacit support for proxy forces".

The cables, The Guardian said, betray much American frustration and anger at alleged Pakistani duplicity.

The latest cables clearly spell out American and British fears over Pakistan's nuclear programme particularly with reference to India.

During an intelligence sharing in 2008, a top British defence and intelligence official told her American counterpart: "Despite pending economic catastrophe, Pakistan is producing nuclear weapons at a faster rate than any other country in the world."

Another cable in the same year warns Pakistan's nuclear weapons programme could lead to fissile material falling into the hands of terrorists or a devastating nuclear exchange with India.

"With Pakistan, everybody knows that the country continues to be troubled. That the civilian government has great difficulty getting its act together. So there are not new revelations here but we see the discomfort that comes with the discussions taking place," said Charles Kupchan, Council on Foreign Relations.

In 2008, a senior US intelligence official had a gloomy assessment of Pakistan saying the economy was in "tatters" and the country could "completely lose control of its Pashtun territories over the next few years."

The cables show small teams of US special forces have been operating secretly inside Pakistan's tribal areas, with the approval of the Pakistani government. And that Pakistani troops were responsible for a spate of extrajudicial killings in the Swat Valley.

All in all a damming picture of Pakistan.

WikiLeaks of secret US documents have already exposed the trust deficit between the US and Pakistan. While the information released by WikiLeaks about US-Pakistan relations over the next week may not be revealing, they could yet again stoke strong anti-American feeling in Pakistan, making it all the harder for Washington to persuade Pakistan to do more.

Promoted
Listen to the latest songs, only on JioSaavn.com
"It is going to conform the worst fears of those who are critical of the US-Pakistani alliance. I think this is going to be very damaging for the relationship. The relationship will itself survive but it will only further alienate and create more suspicions among the public about the relationship with the US," said Lisa Curtis, South Asia expert, Heritage Foundation.