Counting of votes will be taken up on November 6, as per the bypoll schedule. 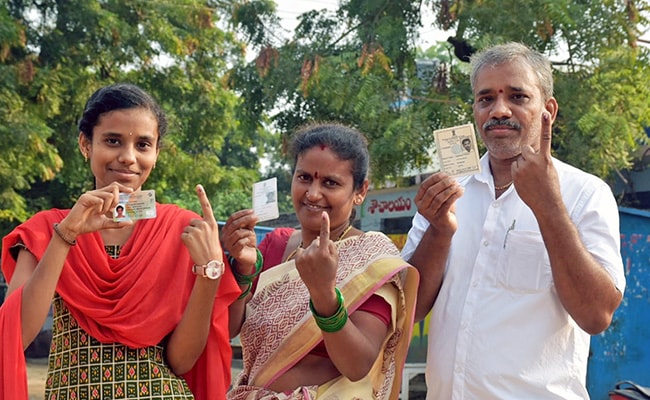 Voters show their inked fingers after casting their vote for the Munugode Assembly bypoll, on Thursday.

Over 93 per cent of the total 2,41,805 voters exercised their franchise on Thursday in the by-poll to the Munugode Assembly constituency in Telangana.

According to a late night communication from the Chief Electoral Officer, the total voting stood at 93.13 per cent excluding 686 postal ballots.

The polling ended peacefully except for minor skirmishes outside polling stations.

The poll percentage till 5 PM was 77.55, official sources had said.

Voters queued up in several booths even after polling ended at 6 PM but they were allowed to cast their votes, they said.

Counting of votes will be taken up on November 6, as per the bypoll schedule.