The Joint Action Committee of State Road Transport Corporation employees' unions was confident that justice would be done to the workmen in the labour court, its Convenor said. 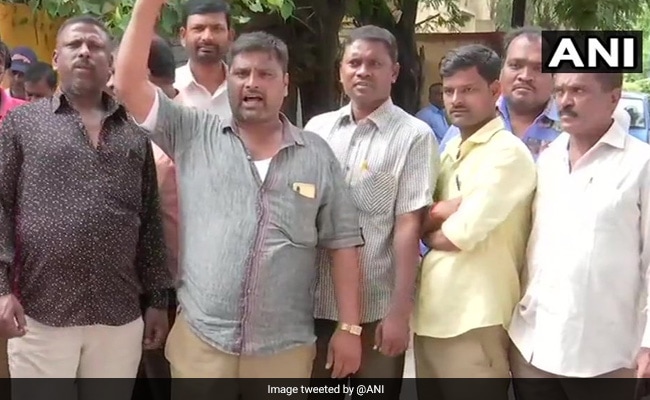 Unions spearheading the more than a month old strike by transport corporation employees in Telangana on Wednesday said they were ready to resume work if the government referred the matter to the labour court and created a congenial atmosphere.

The Joint Action Committee (JAC) of the Telangana State Road Transport Corporation employees' unions was confident that justice would be done to the workmen in the labour court, its Convenor Aswathama Reddy told reporters.

The Telangana High Court had on Monday directed the Commissioner of Labour to take a call within two weeks on whether the indefinite strike should be referred to the Labour Court or not to decide the legality of the stir.

Aswathama Reddy expressed hope the government would take steps to refer the employees problem to the labour court.

"So, we request that the (RTC) management and government to take steps and see that (workmen) can attend to their duties in a peaceful atmosphere, without any conditions, in a manner in which the self-respect of workmen is safeguarded, he added.

Noting that the high court had said the strike was aimed at improving conditions and not meant leaving duty, he said the JAC believed the government would respect the courts order. Otherwise, the strike would continue, he added.

He also said the JAC had not received any directive from the government and the unions themselves decided to make the offer to resume duties keeping in view the interests of public and the workmen.

The unions have, however, recently announced they were ready to keep the merger demand aside for the time being.

Earlier on Wednesday, the opposition parties submitted a memorandum to the Governor stating that despite the best efforts of the employees unions, political parties and even the high court, the state government is turning a deaf ear to the crisis.

Keeping in view of the plight of the RTC workers and their families, we seek your intervention to resolve the crisis. The workers unions are ready for negotiations without the merger as a pre-condition.

"Please do the needful to facilitate negotiations not just to resolve the demands but also to preserve the public transport system in Telangana, they said.

The employees and political activists continued their protests, including rallies and sit-ins, against the state government on Wednesday. At some places, they symbolically sought alms to express their protest.

Former CPI General Secretary S Sudhakar Reddy alleged in a statement that it was the Motor Vehicles Act 2019 brought in by the Narendra Modi government that paved the way for privatisation of transport routes.

"BJP should stop doing lip-service to striking transport workers in Telangana and elsewhere and reverse the act that enabled the state govt to privatise routes," he said.