Boorgula Sattiah, a farmer from Telangana killed himself after his maize crop failed.

Telangana: Last month, Boorgula Sattiah, a farmer from Medak district in Telangana, returned home from his field and drank pesticide.

He took this extreme step after the maize crop he had planted on government's advice, failed to grow.

Telangana hasn't seen any rain in the last three weeks and farmers fear that this suicide death could be their own story.

Farmers are now reaching out to Chief Minister K Chandrasekhar Rao for help.

"Namaskaram KCR garu. You advised us not to grow cotton and we grew maize instead but our entire maize crop is gone. Please help,'' appeals Kanakaiah who belongs to Sirunaralla village in Medak district. 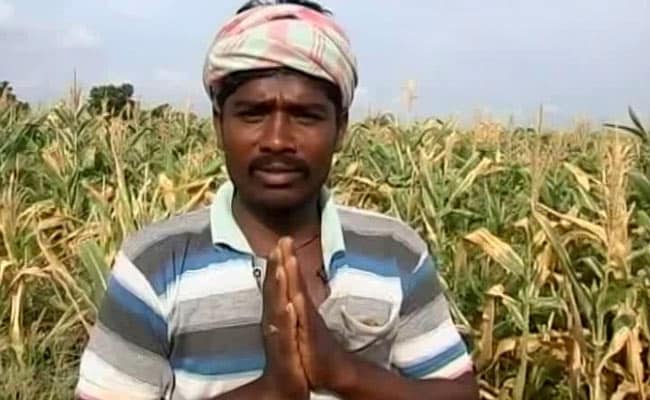 This has added to the farmer crisis as maize cannot withstand moisture stress unlike cotton and needs timely rain. The farmers have lost the entire crop owing to untimely rains.

"When we were buying seeds, there was a lot of publicity that we should not grow cotton and plant maize instead. I grew only maize and I am doomed now. No one has bothered to come to us in the time of need. There's no one to help or save us now," said Mr Kanakaiah.

"Last time, at least 25 per cent of crop flourished. This time, we have lost everything. If the government helps us, we will survive. Otherwise there is no hope,'' said Mr Reddy.