His announcement came two days after another Telangana Congressworking president, Ponnam Prabhakar, resigned supporting the demand that Rahul Gandhi continue as party president and take back his offer to quit. 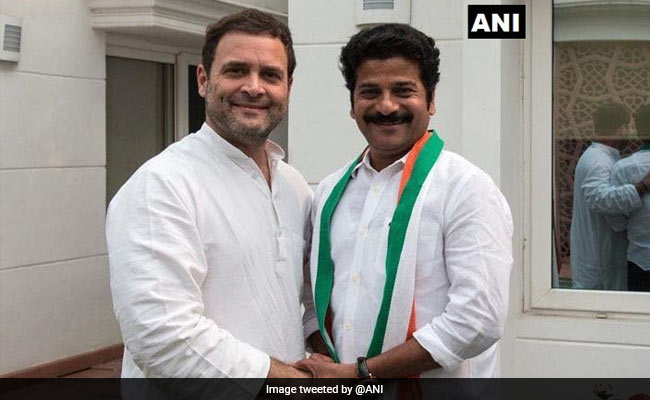 In the second high-level resignation in the Telangana Congress since last week, state unit working president Revanth Reddy Sunday said he has quit from the post to pave the way for restructuring of the party.

His announcement came two days after another Telangana Congressworking president, Ponnam Prabhakar, resigned supporting the demand that Rahul Gandhi continue as party president and take back his offer to quit.

Mr Reddy said Mr Gandhi's message was "loud and clear" that he wanted accountability from leaders.

"He wants all the senior leaders should take responsibility and step down to pave way for the party to wear a new look. As suggested by him, I announced my resignation yesterday," Mr Reddy told PTI.

Mr Reddy was elected to Lok Sabha from Malkajgiri constituency in the recently held General Elections.

AICC in charge of party affairs in Telangana RC Khuntia has said it was the decision of individual leaders to quit their posts.

Congress in Telangana has passed a resolution requesting Mr Gandhi to withdraw his resignation, he said.

Supporting the demand that Mr Gandhi continue as party president, AICC secretary V Hanumantha Rao Saturday said he would not like to continue in party post if their leader did not listen to their requests.