"We Are Not Sheep Or Buffaloes...": Ex-Congress Lawmaker From Telangana

The Congress has alleged that they have been lured into joining the TRS, and has approached the High Court challenging their "merger" with the TRS Legislature Party. 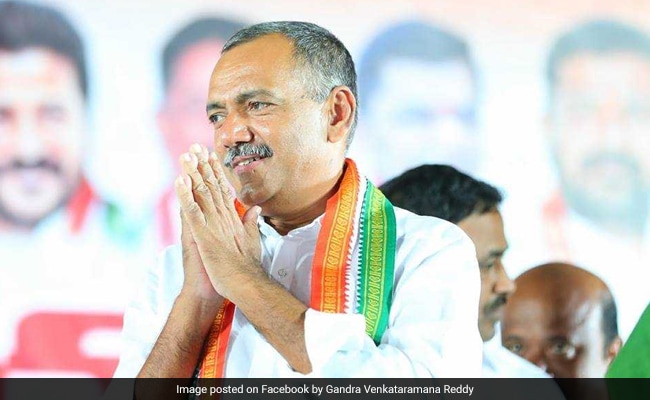 Gandra Venkataramana Reddy, one of the 12 Telangana lawmakers who switched over from the Congress to the Telangana Rashtra Samithi (TRS) last week, has lashed out at his former party over its allegations that they made the move because of inducements. "We are not sheep or buffaloes to be bought," said Mr Reddy, asserting that he and his colleagues followed rules laid out in the Constitution while merging with the ruling party led by Chief Minister K Chandrasekhara Rao.

"Us 12 MLAs met the Speaker on June 6. It is clearly said in the Constitution that if 2/3rd of MLAs wish, they can merge. Accordingly, we met the Speaker on 6th (of June) and gave a letter," he was quoted by news agency PTI as saying.

"Congress party leaders' comments are surprising. (They say MLAs) joined after being offered inducements, purchased or out of fear. We are not kids to be intimidated. We are not the ones to fall for inducements," Mr Reddy said.

The Congress has moved the court against the merger. The Telangana High Court on Tuesday issued notices to the legislators over the issue.

Mr Reddy said the notices will be responded to.

After merging with the TRS, the Congress rebels had said they were inspired by K Chandrasekhara Rao or KCR's vision. "All the 12 members support the leadership of Chief Minister KCR and requested to work with him. We gave a representation to the Speaker and urged him to merge us with the TRS party," Mr Reddy had said last week.

After a dismal performance in the December Telangana polls, the Congress won three of 17 Lok Sabha seats in last month's national election; it was seen as the party's revival in the Southern state.