Pixel Recorder 4.2 Rolling Out to Supported Devices, Can Automatically Detect and Label Each Speaker

Pixel Recorder can now identify multiple persons in an audio recording, and Google says the identification is done on the device. 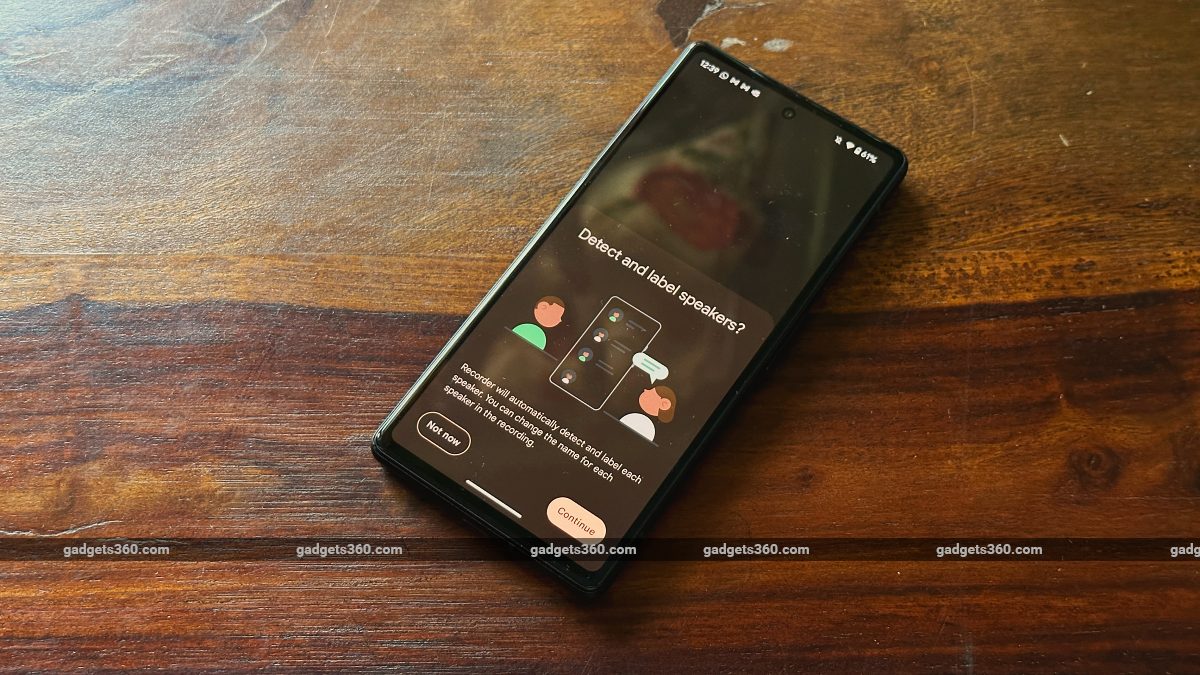 Googles Pixel Recorder app has been updated to version 4.2

After announcing the new feature coming to its Pixel Recorder app at its October event, Google has now begun the roll out of a new feature that can automatically detect and label each speaker when recording. Tagged as version 4.2, the update has started rolling out via the Play Store to supported devices. This means that owners of recent Pixel smartphones will now be able to automatically identify the speakers in the transcript of a conversation recorded with the Pixel Recorder app.

The update adds plenty of smarts to the already impressive transcription capabilities of the Pixel Recorder app, available on recent models of Google's Pixel devices. The new feature, once activated, will identify individual speakers in a conversation and label them as Speaker 1, Speaker 2 and so on. Google in a post explains that compute models generated according to the voices detected in the recording “are stored temporarily on-device” until the labelling of the transcript is completed. Once the recording and processing of the transcript is complete (which happens in real-time) the voice models are deleted “within a few minutes”. 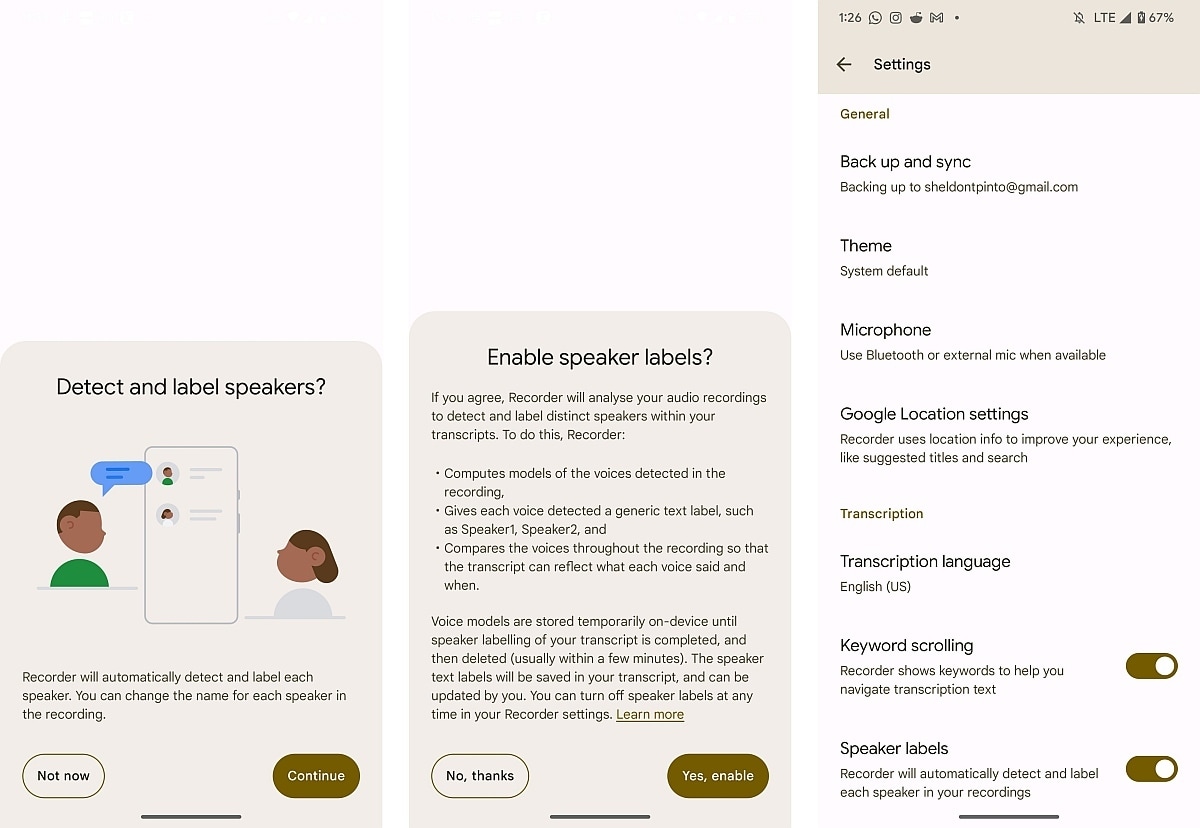 Once updated to the version 4.2, the Pixel Recorder app upon launch will ask if the user would like the new feature to be enabled. Once enabled, the detection and labelling takes place automatically. During the recording, the software generates compute models of the voices using machine learning and then gives each voice detected an identity by assigning a generic text label (Speaker 1, Speaker 2, etc.). It will then compare voices throughout the recording so ensure that the transcript can reflect which speaker said what, and when.

Speaker labels can also be switched off if a user does not wish to see them in the transcript. There is a handy transcription editing tool built-in that will also let users edit speaker labels (upon tapping on the speaker's name), create a new speaker name or even assign an already-identified speaker to the same passage.

Both of our Google Pixel 7, Pixel 7 Pro and our Pixel 6a review units have received the version 4.2 update and are showing the new detection and voice labelling feature. However, Pixel 4a has not been updated to the same and seems stuck at version 4.0.