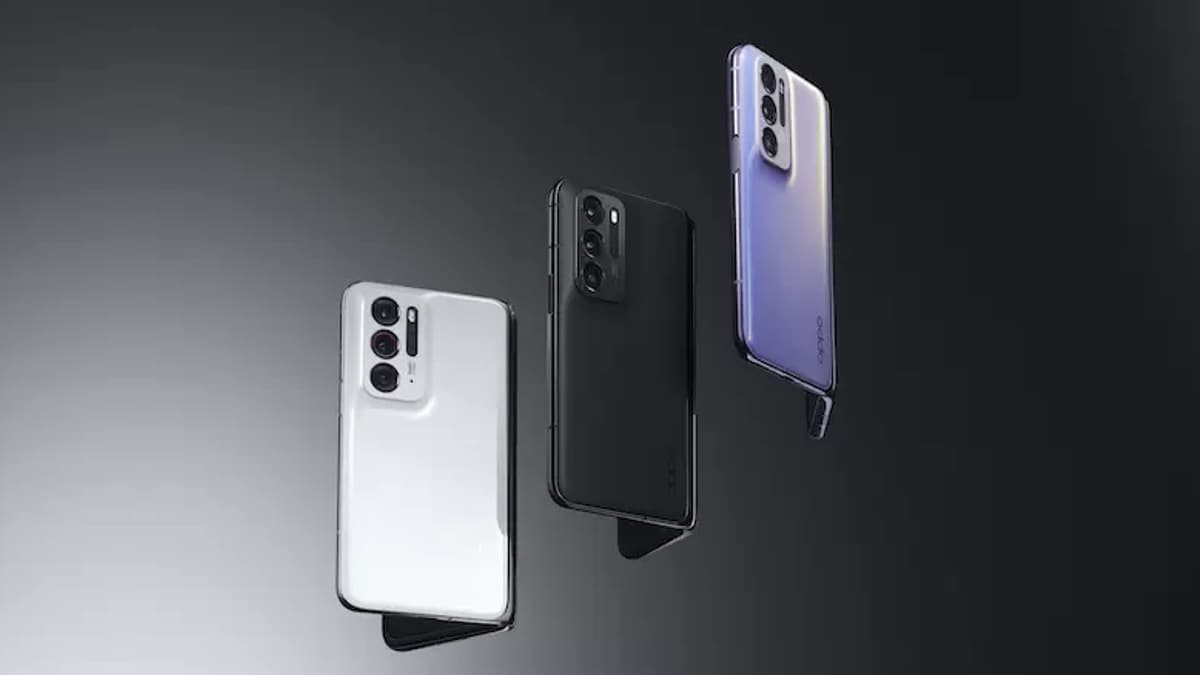 Oppo Find N2 Flip is indeed turning out to be an exciting entry into the foldables market that includes recently introduced models from brands like Motorola and Samsung. After a recent leak hinted at the form factor of the smartphone, there's now a new render that suggests the design language of the upcoming foldable and it sure appears a bit familiar. An earlier leaked video did tip the form-factor of the device, but it was covered in a thick case.

A tipster on Weibo posted what appears to be an official render of the device. The image was also shared by another tipster Abhishek Yadav on Twitter. It mostly shows the upcoming smartphone's back panel. While an earlier video suggested the form-factor of the device, it was covered in a thick case that made it extremely hard to determine its exterior design.

The new leaked render suggests a metal frame with flat sides and bevelled edges that are similar to what can be found on the Oppo's recently released Reno 8 Pro smartphone. The camera module appears to sit flat next to the outer display, which seems quite large compared to the one on Samsung's Galaxy Z Flip 4.

The design of dual camera cutouts and the circular LED flash ring also appear quite similar to the Reno 8 Pro. The volume buttons are seen on the left while the power button is on the right, a layout that is similar to most currently available Oppo smartphones. While the top half of the rear panel appears to have a polished finish, the bottom half seems to have a matte-finish.

What's not visible is the design of its hinge, which is an interesting part of any foldable smartphone, because the design of the hinge will also tell us about the crease of its inner foldable display. Chief Product Officer at Oppo, Pete Lau, made a claim in a recent Weibo post, that the Oppo Find N2 (the bigger foldable) will not have a crease on its inner display. So, it's interesting to see if Oppo manages to pull off the same with its smaller foldable.

As per a recent report, the Oppo Find N2 Flip is expected to have a 6.8-inch full-HD+ E6 foldable AMOLED inner display with a 120Hz refresh rate. The phone's seemingly large outer display is expected to be a 3.26-inch panel. The Oppo Find N2 Flip is expected to be powered by MediaTek's Dimensity 9000 SoC and pack in 12GB of RAM and 256GB of storage. The device could feature a 50-megapixel primary camera and an 8-megapixel ultra-wide-angle camera along with a 32-megapixel selfie camera. One can also expect a 4,300mAh battery with 44W fast charging. The above details haven't been officially announced by Oppo, so we advise our readers to take them with a pinch of salt.