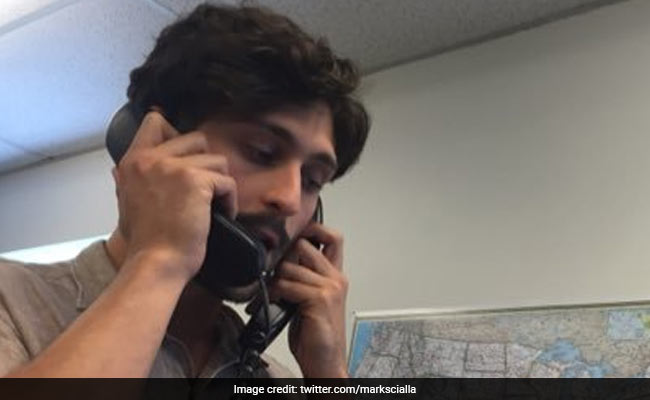 US journalist Mark Scialla arrived in Tuticorin on a tourist visa on December 27.

An American journalist, who was visiting villages affected by the alleged pollution by Sterlite Copper Smelting factory in Tamil Nadu's Tuticorin, was taken away from his hotel and questioned for several hours by the police before being let off on Sunday.

"We just asked him who all he had met and if there was any violation in his visa conditions. We will soon take a call on further action," Superintendent of Police Murali Rambha told NDTV.

Collector Sandeep Nanduri also told reporters they are collecting information on who he interviewed, filmed and photographed. "We have not filed any FIR. We will take legal action if there is any visa violation. If he has come here for a specific purpose, he should have applied for proper visa," Mr Nanduri said.

The police say Mr Scialla arrived in Tuticorin on a tourist visa on December 27 and had been reportedly interviewing people who claim to be affected by pollution caused by Sterlite copper smelting plant and families of those injured or killed during anti-Sterlite protests in May. Thirteen people were shot dead when police opened fire on protesters.

No police officers have been arrested or charged in connection with the killings. In a statement following the incident the Tamil Nadu state government said: "Due to unavoidable circumstances, we had to take action to bring the situation under control." In August, the Madras High Court transferred the case to the CBI.

The Tamil Nadu government had shut down the Sterlite plant in May citing environmental violations and health hazard. Sterlite has all along denied these allegations.

The National Green Tribunal had recently permitted reopening of the plant subject to complying with certain conditions and Rs 100 crore-worth projects for community development. The state government has challenged the order in the Supreme Court.

Opposition parties in Tamil Nadu, however, have asked the government to take a policy decision on banning copper smelters in the state and bring about a legally sound ordinance.

The Vedanta Group company said it would approach the top court to implement the green court order to reopen the plant.