Tamil Nadu: A case of suspicious death has been registered, with a sub-inspector and a constable being included as suspects. The investigation into the auto driver's death will be done by a police officer from another district. 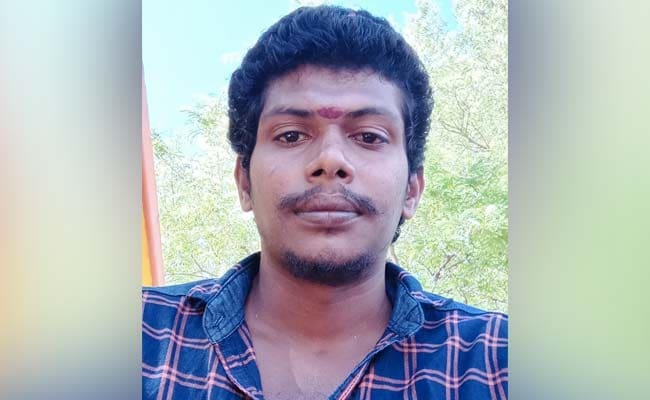 Kumaresan, an auto driver, died at a government hospital on Saturday.

Over a week after a man and his son died in Tamil Nadu's Tuticorin in police custody amid allegations of brutality, raising national outrage and a huge political row, the family of a 30-year-old man in southern Tamil Nadu's Tenkasi district has alleged that he died after he faced police brutality last month.

The man, an autorickshaw driver, died at a hospital in the neighbouring Tirunelveli district on Saturday. His family has alleged that he died over a month after facing police brutality. Kumaresan died at the Tirunelveli Government Hospital where he was admitted with injuries after being allegedly assaulted, the police said.

A case of suspicious death has been registered, with a sub-inspector and a constable being included as suspects. The investigation into the auto driver's death will be done by a police officer from another district.

Mr Kumaresan had appeared at the local police station following summons  in connection with a dispute, where he was allegedly thrashed by the cops, his father had filed a complaint with the district police chief.

In his complaint, the father claims that Kumaseran had alleged that his genitals were hit with boots and that the a sub-inspector and the constables stood on his thighs. Based on what his son told him, the man had also alleged that Kumaresan was punched on his back and hit with a lathi.

The alleged assault took place on May 10. The man was first being treated at a private hospital following which he was shifted to a government hospital where he died.

The police said the relatives of the auto driver blocked the roads in protest, prompting them to hold talks with them.

Tenkasi police chief Suguna Singh told NDTV, "The DIG (Director General of Police) would soon nominate the investigating officer who is not under my control. We want to be absolutely transparent and fair in investigation so there is no room for doubt. We would transfer both officials now. We would take strict action if the allegations are found true."

Tamil Nadu opposition leader and DMK chief MK Stalin hit out at the ruling AIADMK government , asking if Chief Minister K Palaniswami has "handed over" the state to the police. "..what is the Chief Minister doing," he tweeted in Tamil on Sunday.

Meanwhile, the Tamil Nadu government on Sunday asked the CBI (Central Bureau of Investigation) to probe the deaths of J Jeyaraj, 59, and his son Beniks Immanuel, 31 in Tuticorin in police custody. The two men were subjected to a brutal thrashing, which resulted in rectal bleeding and eventual death, according to a letter to government officials written last week by Mr Jeyaraj's wife. The letter sought action against the police officers involved.

The police said in a first information report or FIR that the two men were picked up on Friday, June 19 for breaching coronavirus lockdown rules.

Four policemen, including two sub-inspectors have been suspended and an inspector has been benched by the state government after a case of suspicious deaths was registered.