A host of cinema personalities also wanted the matches to be postponed but an official of IPL franchisee Chennai Super Kings (CSK) said the matches will go on as per schedule. 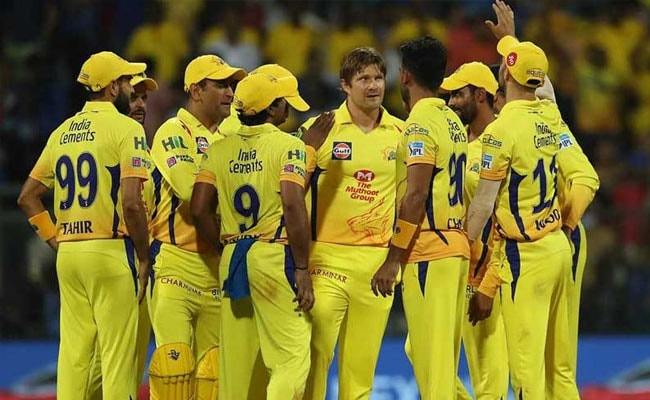 Chennai: Opposition to IPL matches to be held in Chennai intensified today with a pro-Tamil outfit agitating over Cauvery issue threatened to hold protests outside the game venue tomorrow.

A host of cinema personalities also wanted the matches to be postponed but an official of IPL franchisee Chennai Super Kings (CSK) said the matches will go on as per schedule.

Tamil Nadu has been witnessing protests for the past one week urging the Centre to constitute the Cauvery Management Board (CMB) in compliance with the February 16 order of the Supreme Court on the water sharing dispute with Karnataka.

Political parties and outfits have demanded that Indian Premier League (IPL) matches not be held at a time when the state was witnessing widespread agitations on the vexed issue.

Pro-Tamil outfit Tamizhaga Vazhvurimai Katchi (TVK) today warned of picketing the MA Chidambaram stadium here tomorrow if the IPL stuck to its Chennai calendar, with the city all set to witness its first contest on Tuesday.

"If the match is held despite our plea, we will coordinate all democratic forces to stop it by organising a massive picketing protest. Many leaders, organisations will participate," TVK chief T Velmurugan told reporters.

Later, Velmurugan told PTI that his party or outfits that have joined hands with it were not against the players.

A 'massive' protest has been planned outside the Neyveli Lignite Coproration (NLC) in Cuddalore district tomorrow against the Centre on the issue, he added.

The demands include suspension of electricity supply to Karnataka from the power station till Tamil Nadu gets its due share of Cauvery water, he added.

Meanwhile, a group of prominent cinema actors and directors launched a forum to back Tamils' cause in the state and called for 'postponement' of IPL fixtures in the state.

Veteran film director Bharathiraja, part of the forum, told reporters that IPL will "divert" the prevailing "awakening" among youth in Tamil Nadu over the Cauvery issue.

"Tamil Nadu is boiling... we are not saying there is no need for IPL... Please postpone (the matches). IPL will divert the awakening among the youth over the Cauvery issue," he said.

However, CSK CEO K S Viswanathan said the team's home matches will go on as per schedule.

The city police has been informed about the schedule and will handle the situation accordingly, he added.

Meanwhile, security has been stepped up for the players, even as more personnel have been deployed outside the cricket stadium and the hotel where they are put up.

Yesterday, Tamil 'superstar' Rajinikanth had said the Centre might face the wrath of entire Tamil Nadu if CMB was not set up immediately.

He had also expressed reservations over conduct of IPL matches in the city at this juncture, saying such a gala event would be an embarrassment when the state was agitating over the Cauvery issue.

It would be good if the organisers stopped the matches here, and if not, the CSK team players could wear black bands and play, he had said.

On February 16, the Supreme Court raised the 270 tmcft share of Cauvery water for Karnataka by 14.75 tmcft and reduced Tamil Nadu's share while compensating it by allowing extraction of 10 tmcft groundwater from the river basin.

The court had granted six weeks time to the Centre to formulate a scheme to ensure compliance of its 465-page judgement on the decades-old Cauvery dispute, which modified the CWDT award of 2007.

Promoted
Listen to the latest songs, only on JioSaavn.com
The court had also made it clear that it will not be extending time for this on any ground.