Tamil Nadu Local Body Election 2019: Tight security has been deployed at the 315 counting centres across the state. 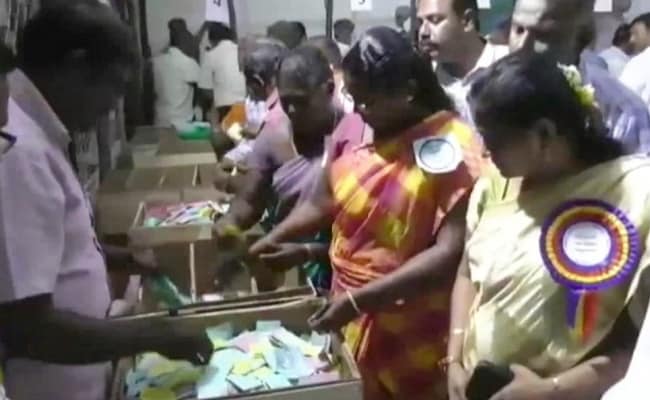 The process of counting of votes polled in the two-phased rural local bodies held on December 27 and 30 in Tamil Nadu began on Thursday morning.

Tight security has been deployed at the 315 counting centres across the state.

The elections for the rural local bodies were held in two phases in 27 districts, barring the nine newly carved ones in line with the apex court's order.

The ballot papers in four different colours were used in the poll instead of the electronic voting machines (EVM).

Before counting the votes the ballot papers were being segregated based on their colours.

According to the Tamil Nadu State Election Commission (TNSEC) the first phase saw polling of 76.19 per cent, and the second phase saw 77.73 per cent.

(Except for the headline, this story has not been edited by NDTV staff and is published from a syndicated feed.)
Comments
Tamil NaduTamil Nadu local body election resultsTamil Nadu elections