In A First, Marriage Between Man And Transwoman Registered In Thoothukudi 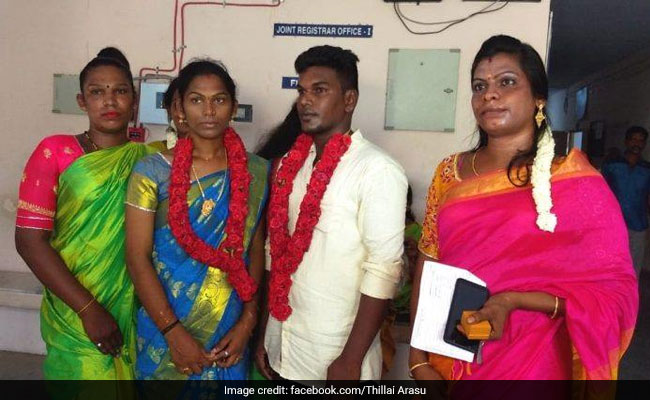 The registrar's office issued their marriage certificate on Monday, May 20.

The first of its kind marriage between a man and a transgender woman was registered at the district registrar office in Tamil Nadu's Thoothukudi.

The couple was forced to file a writ petition in the Madurai bench of the Madras High Court after the district registrar office denied to register their marriage.

On April 22, the Madurai bench ordered the district registrar to register the marriage between the man and transwoman couple.

The registrar's office issued their marriage certificate on Monday, May 20.

The groom, Arun, works as a contract labourer in Indian Railways while Srija is studying English in her second year of Bachelor's degree from a private college in Thoothukudi.

Thousands Of Muslims March In Chennai Against Citizenship Law