"No Stampede At Kancheepuram Temple": Tamil Nadu Government After 4 Dead

At least four people died on Thursday at the Varadaraja Perumal Temple, and Tamil Nadu Chief Minister E Palaniswami announced compensation of Rs one lakh to the families of those killed. 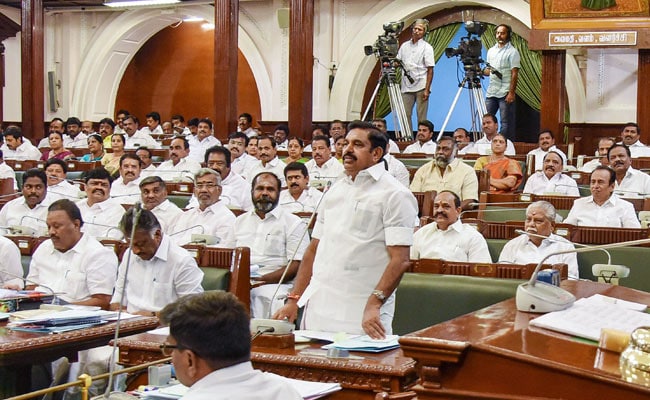 The Tamil Nadu government on Thursday denied that a stampede at the Kancheepuram temple led to the death of four devotees, claiming that the victims, including two women, died due to pre-existing health conditions.

At least four people died on Thursday when over one lakh people visited the Varadaraja Perumal Temple. The temple, about 75 km from Chennai, has been teeming with devotees since the beginning of the 48-day "Athivaradar festival", celebrated once in 40 years.

"It's not a stampede as three of the four deaths have taken place outside the temple area after they completed darshan. Only one woman died inside the temple as she came down. All of them suffer from major illnesses. One for instance had heart problem and another suffered epilepsy," District Collector P Ponniah told NDTV.

Tamil Nadu Chief Minister Edappadi K. Palaniswami told the state assembly about the security arrangements made by government for the festival. "Today being Thiruonam star, 1.7 lakh devotees visited the temple today alone till 4 PM. The collector has appealed elderly people, the sick and pregnant women to avoid darshan".

The issue was raised in the assembly by Leader of Opposition and DMK chief MK Stalin. "31 people suffered suffocation in the massive crowd and are hospitalised. There are no proper security and toilet arrangements. Three or four people have died. The government should offer relief," he said.

The festivities began on July 1 and have been drawing at least one lakh people each day. President Ram Nath Kovind offered prayers at the temple on July 12.

The Chief Minister also explained the health conditions of the people who died on Thursday.

Three of the four people who died were above the age of 50. Narayani, a 55-year old woman, and a 61-year old man from Chennai fainted while returning after darshan. They were taken to a medical camp run by the government but they did not respond to treatment and died, Mr Palaniswami said.

A 61-year old woman from Andhra Pradesh's Guntur, who had a history of hypertension, also died without responding to treatment, he said.

The fourth person, a 47-year old man from Salem, suffered an epilepsy attack and was taken to nearby Government Hospital but he too died, Mr Palaniswami said.

The Chief Minister announced compensation of Rs one lakh to each of the families of the four people as well as to the family of a 21-year old man from Andhra Pradesh, who had died on July 3 after falling from the steps in the shrine.