The state wants to test all the passengers and put them on institutional quarantine at least till test results come in 24 hours before sending those testing negative for home quarantine. 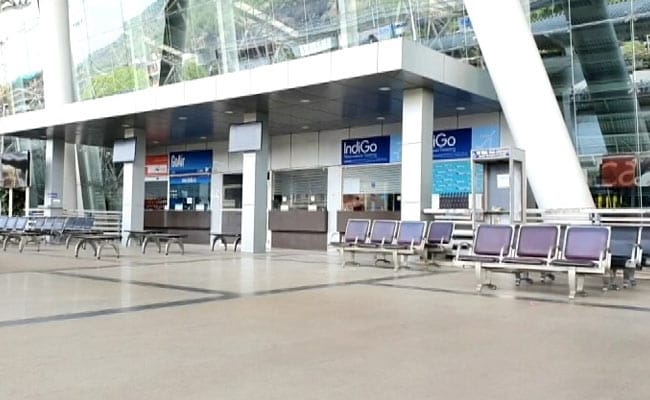 Authorities estimate a daily arrival of 6,000 air passengers from other states to Chennai.

The Tamil Nadu government on Saturday appointed two senior bureaucrats to coordinate strategy for screening, testing and quaratine of incoming air and rail passengers, indicating that it could begin resumption of air and train services. The state had recently written to the civil aviation ministry to defer domestic flights to the state till May 31 because of rising COVID-19 cases in Chennai but has not received a reply yet.

"We hope the centre would accept our request and defer till 31st. We are concerned about rising We would have clarity tomorrow, Sunday. Otherwise we have nothing against resumption of flights," a senior officer told NDTV.

The number of coronavirus cases in Tamil Nadu has crossed the 15,000-mark with state capital Chennai's tally alone nearing 10,000. A vegetable market in the city alone have accounted for at least 2,600 cases. There are a few other clusters in Chennai still posing a huge challenge.

Returnees from other states are increasingly testing positive. More than 600 people who returned from Maharashtra have tested positive for the virus.

Authorities estimate a daily arrival of 6,000 air passengers from other states to Chennai -- one of the busiest airports in the country -- once domestic flights resume from Monday.

The state wants to test all the passengers and put them on institutional quarantine at least till test results come in 24 hours before sending those testing negative for home quarantine. This would require creation of additional quaratine space. Being an ally of the BJP government at the centre, the ruling AIADMK has largely been toeing centre's line. The opposition has been targeting the state government for what it calls "initial complacency" leading to the spike in the number of virus cases.

Sources in Airport Authority of India (AAI) told NDTV that the state government has told centre that it is willing to open air travel for stranded people in the state. "Tamil Nadu Government is fine with allowing departures alone till 31 May which means passengers can fly out but can't fly in," they said.

However, a senior officer told NDTV that no such issue was raised during discussion.

For now the Chennai Airport has taken a number of COVID-19 protocols at the airport. Passengers would not be allowed to carry trolleys, security personnel would use magnifying glasses attached to a long stick to avoid touching tickets and ensuring social distancing. There would be no pat check on the body as well.

Stowaway Cat Freed From Chennai Port After 3 Months In Quarantine