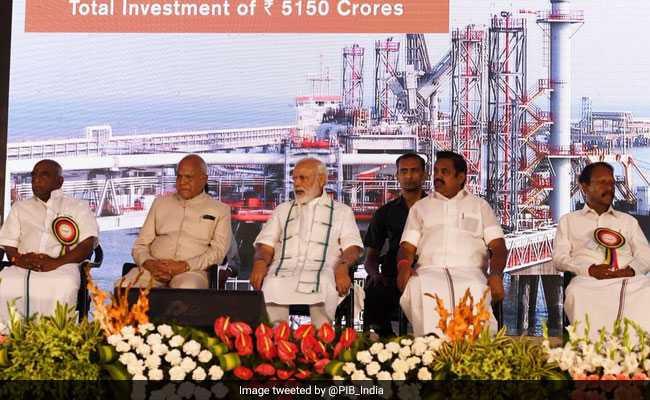 During his visit to Tamil Nadu, Prime Minister Narendra Modi today introduced several road and railway projects worth crores of rupees that will help reduce carbon footprint and cut down on travel time. At an event near Chennai, PM Modi inaugurated projects in Vellore, Thiruvannamalai, Villupuram and Tirupur districts through video conferencing. Chief Minister K Palaniswami and Deputy Chief Minister O Panneerselvam were also at the event.

The 300-kilometre railway electrification between Erode-Karur-Tiruchchirappalli and Salem-Karur-Dindigul section has been completed at a cost of Rs 321 crore. The project was finished in a record time of 26 months, ahead of scheduled period of 30 months.

The prime minister also inaugurated the Ennore LNG terminal in Tamil Nadu. He unveiled a statue of AIADMK founder M G Ramachandran at a college campus.