The actor-turned-politician said he will not be contesting the elections because he prefers to be the "chariot puller". 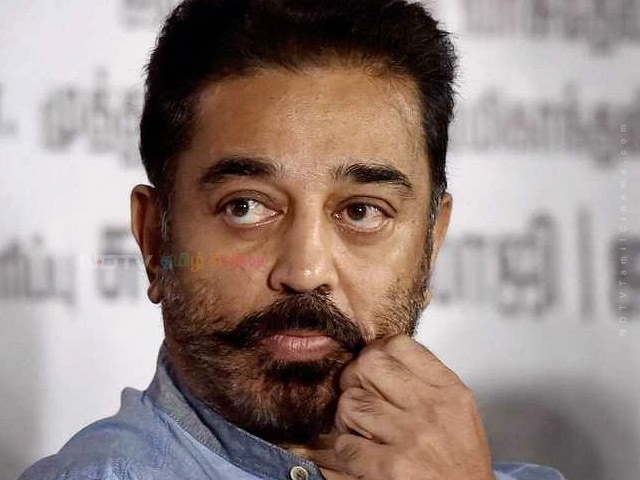 Equal pay for women and clean drinking water were two of the most prominent aspects of the manifesto released by Makkal Neethi Maiam (MNM) chief Kamal Haasan for the upcoming Lok Sabha elections and state assembly bypolls on Sunday.

Although Mr Haasan said he would not be contesting the elections, he released his party's second list of candidates on the occasion. It included Rangarajan, a former IAS officer contesting from South Chennai; lyricist Snehan from Sivaganga (where he will take on the Congress's Karti Chidambaram and the BJP's H Raja); and Mookambigai from Pollachi. "All candidates are my faces. I am proud to be the chariot puller rather than the chariot itself," he claimed.

The actor-turned-politician's sharpest jibe for the E Palaniswami government was on the subject of the Pollachi sex scandal, which he had first brought to light. "How can you take this so casually," he asked, referring to the alleged sexual exploitation of several women by a net-savvy gang over the years.

He also taunted DMK chief MK Stalin at the rally, wondering why his party was "so scared of actors".

The other promises in the MNM manifesto included doorstep delivery of ration items; equal pay for women; employment reservation for women; free WiFi; abolition of highway toll; creation of 50 lakh jobs; upliftment of 60 lakh below poverty level families; free or subsidised housing; appointment of Lok Ayuktas; and minimum support price to ensure at least 100% profit for farmers. The actor-turned-politician also controversially promised a system where governors could be elected by legislators.

He cited the shooting of 13 agitators at Tuticorin, police action against Jallikattu protests on Chennai's Marina beach and the plight of the common man due to demonetisation to describe the "high-handed manner" in which the people were being treated under the central and state governments.

A large screen played videos of the incidents onstage as Mr Haasan condemned them. "Prime Minister Narendra Modi is a rich man's guard who stops poor people from entering," he said, picking on the BJP's recent "Main Bhi Chowkidar" campaign. The MNM, which has allied with two smaller parties, is contesting from both Tamil Nadu and Puducherry.

MNM's two woman candidate Kameela Nasser - the wife of popular actor Nasser - has been fielded from Central Chennai; Mookambigai who was part of a driving expedition from Coimbatore to London will fight from Pollachi. Dr M A Subramanian, who recently came in from the DMK, is the party's candidate from Puducherry. Besides party members, the fledgling party has also given seats to the general public in recognition of their contributions in the fields of social work, academics and human rights.

Tamil Nadu will witness a four-cornered contest, with alliances led by the DMK, AIADMK, AMMK and MNM facing off against each other. Many independent candidates are also in the fray.