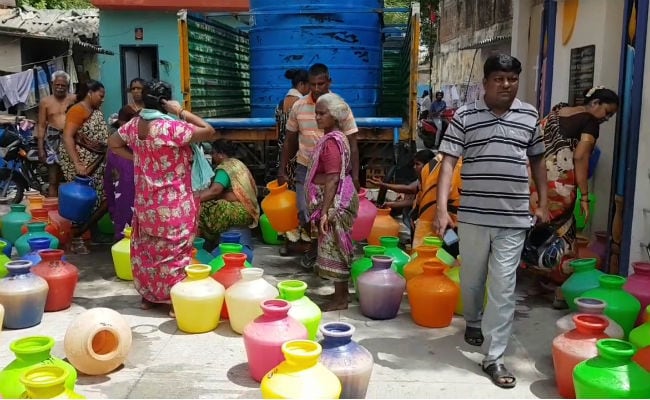 Chennai is entirely dependent on the northeast monsoon which begins in October.

The DMK has said that it will hold protests across Tamil Nadu on June 22 to urge the government to tackle water crisis in the state.

The DMK hit out the government for its "negligence," and "administrative failure and urged the party to address the water shortage.

In a press release, the party headquarters asked its district secretaries to stage protests in all district headquarters with the support of the general public.

With borewells and wells going dry in parts of Tamil Nadu, people are being forced to rely on depend on private water tanker operators for their needs.

The DMK, which is the principal opposition in Tamil Nadu, alleged that several restaurants were shut and schools reeled under the impact of water shortage. Information technology firms have asked their employees to work from home.

The party accused the AIADMK government of closing its eyes to the situation and failing in its duty.

Amid the ongoing severe water crisis in parts of the state, the state government Tuesday said it was largely dependent on ground water to meet the requirements till the onset of north east monsoon in October.

Chief Minister K Palaniswami has said drought and deficient monsoon had resulted in depletion of groundwater levels, but claimed the issue was not as big as was being made out, especially in the media.