The hospital, in a statement, said maintaining his vital organ functions remains a challenge in view of his age-related ailments."His response to the medical intervention over the next 24 hours will determine the prognosis," the statement read. 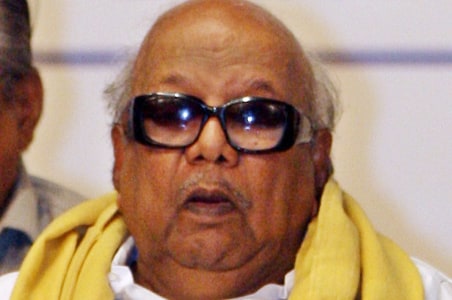 M Karunanidhi was admitted to hospital after he developed urinary tract infection. (File)

DMK patriarch M Karunanidhi, who has been undergoing treatment at Chennai's Kauvery hospital for over a week, is on continuous monitoring. The hospital, in a statement, said maintaining his vital organ functions remains a challenge in view of his age-related ailments."His response to the medical intervention over the next 24 hours will determine the prognosis," the statement read.

According to sources from both the Hospital and from his party, Mr Karunanidhi contracted jaundice and is facing difficulty breathing, which is leading to a "fluctuation in his condition".

The 94-year-old was admitted to Chennai's Kauvery hospital on July 28 after he contracted urinary tract infection. The doctors, after repeated health scares, advised M Karunanidhi to continue his stay in the hospital, citing "age related overall decline in his general health, altered liver function and haematological parameters".

Here are the highlights on the health of DMK President M Karunanidhi.

Aug 06, 2018 23:06 (IST)
Stalin and several legislators, including Duraimurugan left the hospital premises around 10.10 PM.
Aug 06, 2018 23:05 (IST)
Police increased the deployment of its personnel as the whole of Eldams Road junction at the upscale Alwarpet area in Chennai teemed with DMK cadres. 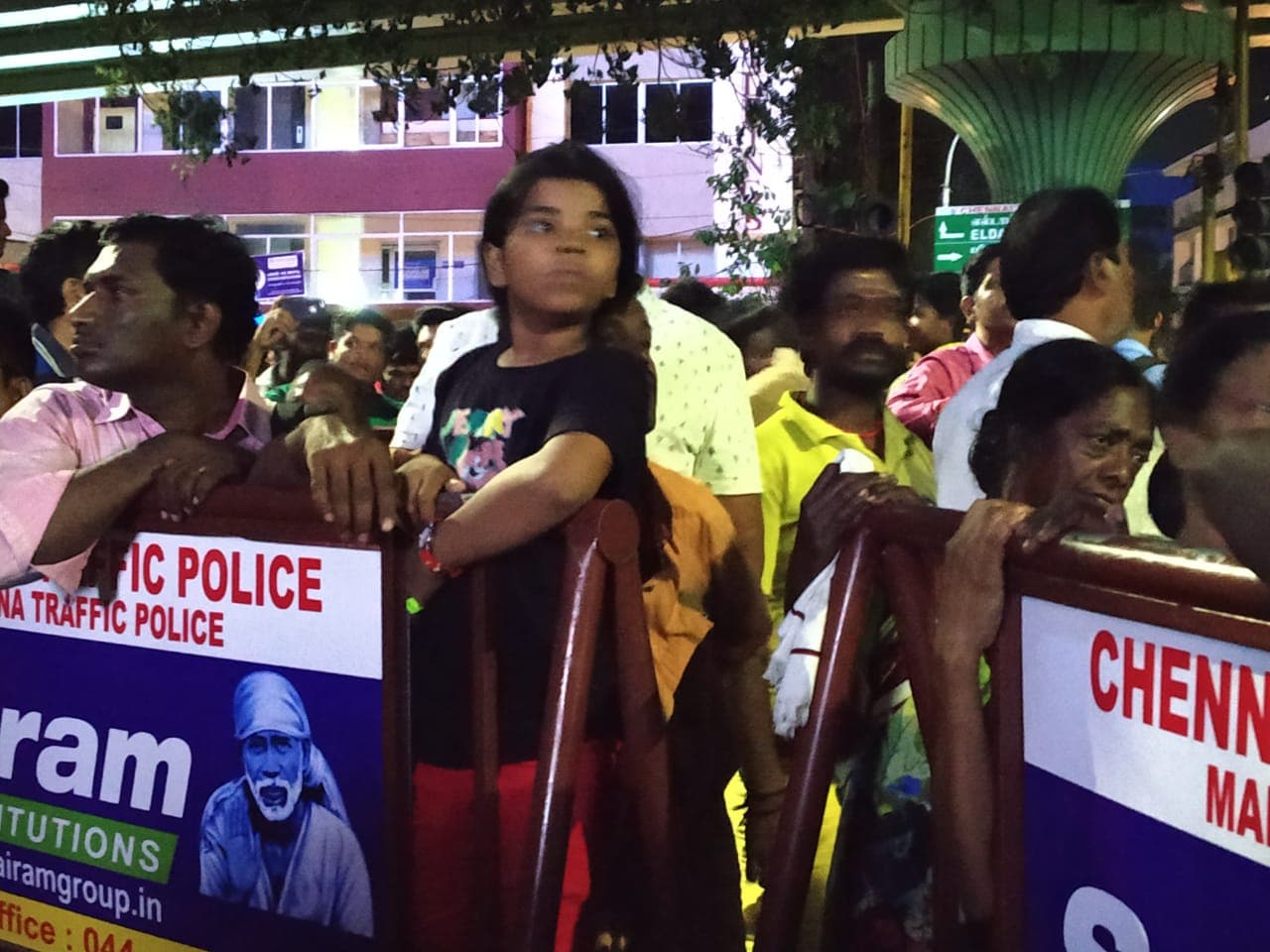 Aug 06, 2018 22:55 (IST)
DMK supporters continue to gather in huge numbers after the hospital released a statement on Karunanidhi's health. Cadres chanted 'Ezhunthu Va Thalaiva' (Get up leader, come) slogan and some of them recited his popular Tamil verses outside the hospital. 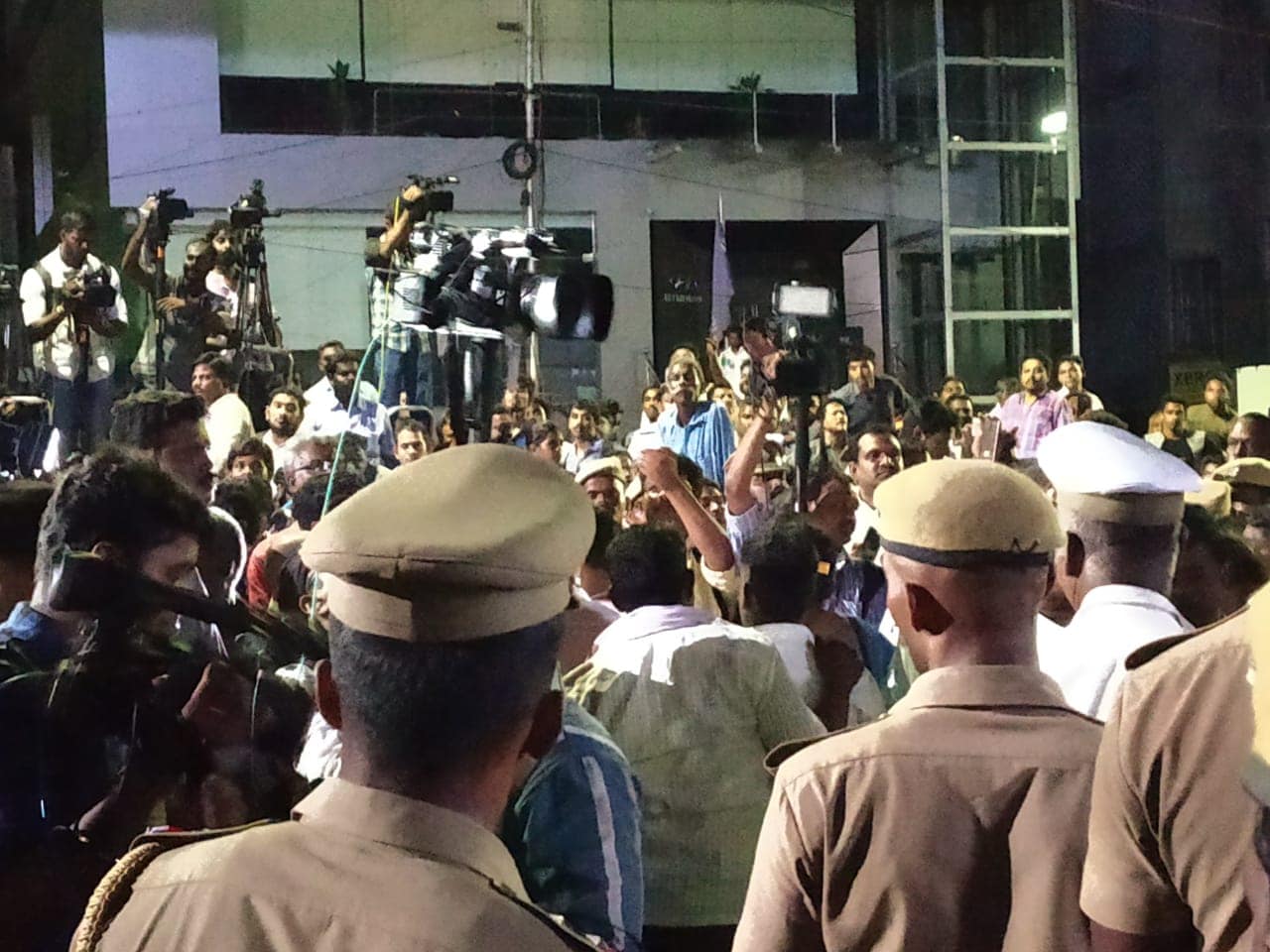 Decline in medical condition of Karunanidhi

His response to the medical interventions will determine the prognosis pic.twitter.com/tkeBL36KKO 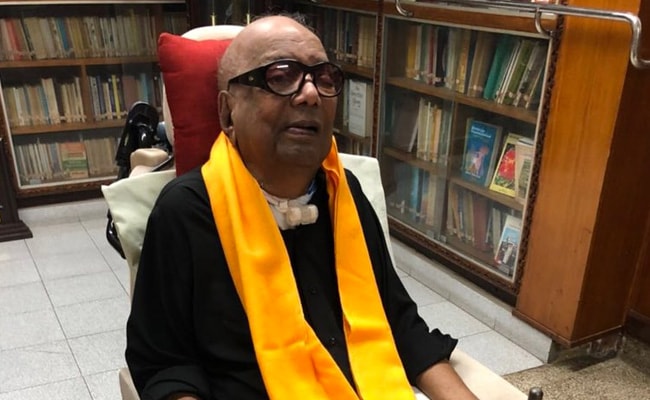 Mr Karunanidhi was recovering from illness when he contracted the infection last month. He had to be admitted in hospital when his fever spiked.
A five-time Chief Minister of Tamil Nadu, Mr Karunanidhi has lately been living a secluded life. For more than a year, he has not made any public appearance except occasional visits to his party office. On July 18, he was admitted in hospital for a change of tracheostomy tube.
Aug 06, 2018 21:20 (IST)