Chennai continues to be the single largest contributor with 138 positive cases in a day, taking its tally to 906 cases. The state capital accounts for 39 per cent cases in the state. 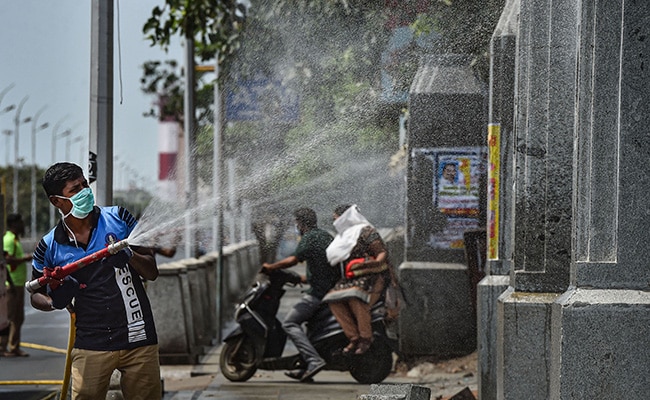 In a steep rise, Tamil Nadu reported 161 coronavirus cases in a single day on Thursday taking the total tally in the state to 2,323. April 28th's 121 cases was the highest for the state so far. 27 people have died in the state and 1,258 have recovered.

Chennai continues to be the single largest contributor with 138 positive cases in a day, taking its tally to 906 cases. The state capital accounts for 39 per cent cases in the state.

A number of children have tested positive in the state as well. 142 children, including a 5-day-old baby, are being treated in isolation wards.

Five hotspot cities with high numbers including Chennai were put on an intense lockdown from Sunday under two categories for four and three days in a bid to break the chain.

31,000 workers are on a door to door screening across the state to identify and test people with symptoms of cold, cough and respiratory issues.

Today, an expert medical team indicated lifting of restrictions in the state can only be in a phased manner.

"We have given indicators to the government - both epidemiological and health system preparedness wise on the basis of which they can decide on relaxations or continuing lockdown in some areas" said Dr Pradeepa Kaur from the Indian Council of Medical Research (ICMR).

A 95-year-old woman from Dindigul district could possibly be the oldest survivor. She has been discharged after treatment.

So far around 2 lakh travellers have been screened amid criticism that the government was complacent in the beginning unlike neighbouring Kerala which was proactive from day one.

The state government however has defended itself saying it had done all the groundwork in terms of getting isolation wards and hospitals ready besides procurement of adequate masks, test kits and medicine though the state reported its first positive case only in March.