Along with the shortage of water, residents in several areas in Chennai claim that the water they receive has a foul smell almost as if it was "mixed with sewage".

Chennai residents complain that the little water they get smells like "sewage".

Two years after Chennai suffered the worst drought in 140 years, the capital city of Tamil Nadu is once again parched, facing an acute water crisis with a 40 per cent cut in piped water supply.

Several reservoirs around the city that act as a primary source for drinking water supply have gone dry following a deficit monsoon last year. The city currently receives 550 million litres of water (MLD) every day against the required 800 MLD.

Along with the shortage of water, residents in several areas claim that the water they receive has a foul smell almost as if it was "mixed with sewage". 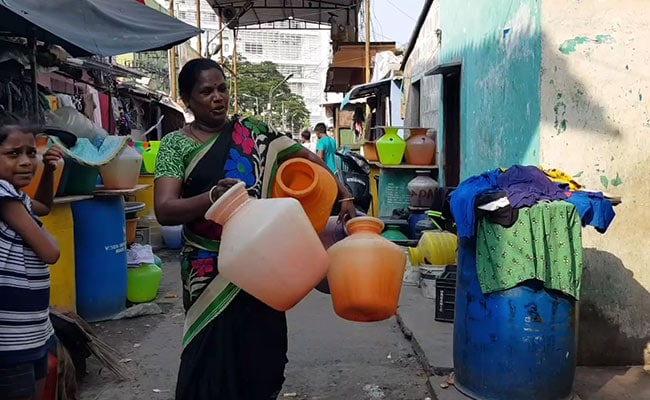 Residents get fewer than 6 pots of water a day.

In central Chennai's Thousand Lights area, an auto driver's wife Devi says she gets just six pots of water every day and complains of the water being dirty with a foul smell. "We get sewage mixed water in tap. The water they supply from the tanker is enough just for cooking. We don't get water for basic needs like washing and bathing," Ms Devi said.

"Water smells like sewage. We don't use it for drinking. We are forced to buy water every week," P Mallika, another resident in the area said.

In an IT corridor, 25 kilometres away, the story is no different. Around 4 lakh houses accounting for 10 lakh people continue to survive without piped water supply. Families shell out close to Rs 1,500 for water. Despite paying water tax, the city corporation and Chennai Metropolitian water supply were left to fend for themselves for over a decade. While private tankers supply them water, recently authorities cracked down on them for tapping agricultural wells, worsening their plight. 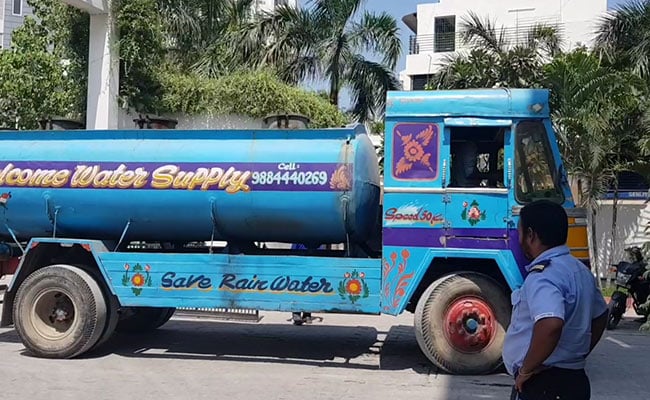 Residents rely on water tankers as piped water supply is cut by 40 per cent.

A family who lives in a high-end apartment claim that they have had to cut down on the showers they take. "I tell my son to use his underwear twice. In this humidity, we are not able to take regular showers," a resident said. "We are spending more money on water than milk," another resident said. Resident associations of several complexes have started a federation - FOMRRA, urging the Tamil Nadu Chief Minister's Office to end what they call "apathy".

"We all paid Rs 50,000 for each flat to Chennai Metropolitan Development Authority for water ten years ago. Nothing has happened," Harsha Koda, the coordinator of the resident's federation said.

The groundwater in Chennai and its surrounding areas is replenished by five lakes -- Puzhal, Sholavaram, Kaliveli, Pulicat and Maduranthakam -- all located within a 60-km radius of the city. 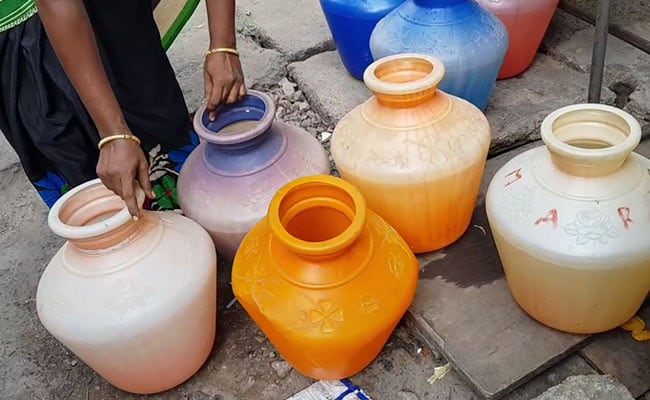 An old plan to build a new reservoir outside Chennai is yet to take off. Although lakes had overflowed due to unseasonal rains, causing devastating floods in Chennai in 2015, little was done to prevent water from flowing into the sea. In addition, government has not fast tracked the plan for an extra desalination plant.

Metro Water authorities told NDTV that they are tapping water sources in adjoining Tiruvallur district besides the Veeranam lake in Cuddalore to ensure that they meet at least a limited supply until the monsoon season.

While several residents blame the government for its failure to improve water storage in the city, the crisis could continue till the monsoon, which is expected around June-end.